Parrots being adorable in trees near the beach, Tamarindo, Costa Rica.

I think these are Orange-fronted Parakeets.

The most numerous parrots on the Pacific Slope of Central America, the Orange-fronted Parakeet is found from Western Mexico south to Costa Rica. Primarily colored a dull green, the Orange-fronted Parakeet has an orange-peach forehead and lores, dull blue mid-crown, olive-brown throat and breast, yellow green belly and blue flight feathers. These parakeets inhabit a variety of habitats including forest edge, deciduous woodland, Pacific swamp forest, savanna, arid thorn scrub and even cow pastures and urban areas. These birds feed primarily on fruits and flowers, but outside of the breeding season, large flocks have been known to cause damage to maize and ripening bananas. 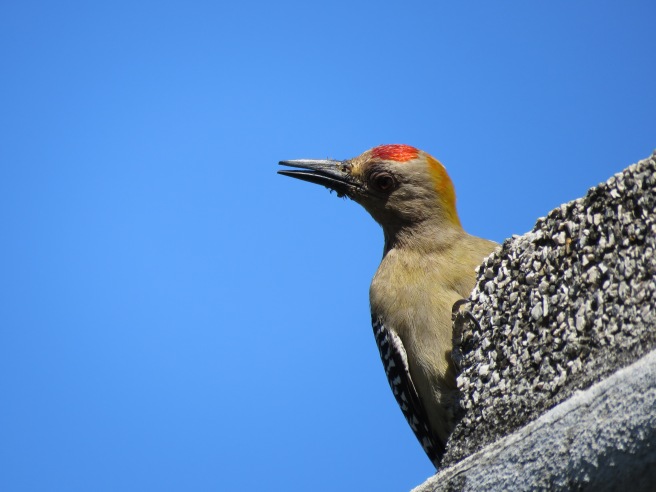 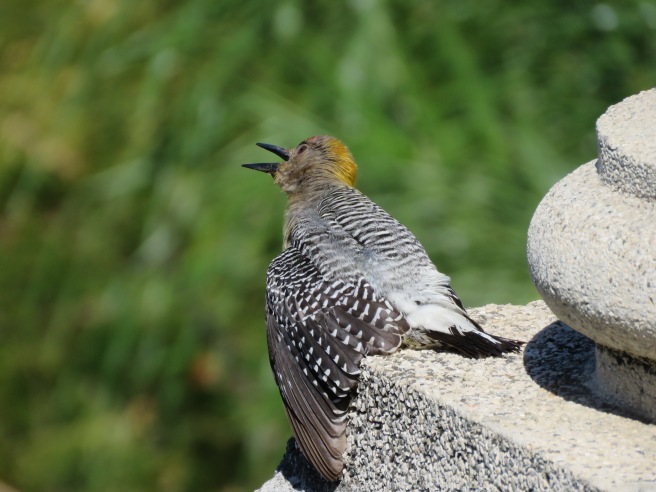 A Hoffman’s Woodpecker being weird, on the fourth floor corner of our condo building. Maybe catching some rays? It was very hot in Tamarindo in the dry season of March.

A typical bar-backed Melanerpes, Hoffmann’s Woodpecker is largely creamy below and on the head, with a dark gray back and black wings, both heavily barred in white, while the nape is golden yellow; males also have a small red crown patch. Like many Melanerpes, this woodpecker has proved itself able to adapt to human-modified habitats. Indeed, it shuns dense forest, preferring semiopen wooded country, especially in xeric areas. 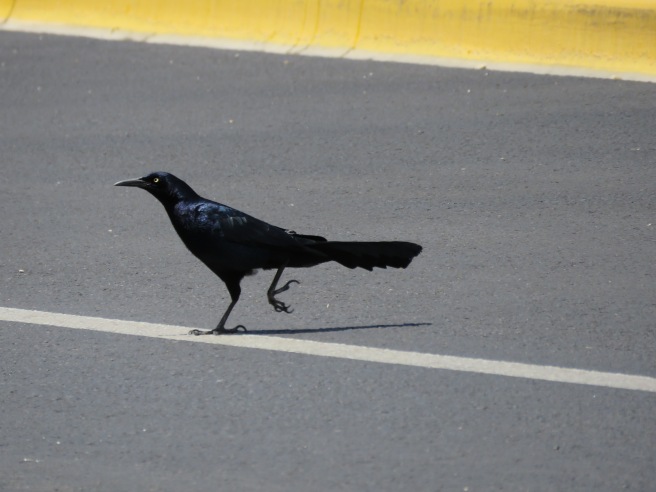 The first bird I saw in Costa Rica was… a grackle! Great-tailed Grackles were zooming around just outside the airport in Liberia, C.R.

At our condo in Tamarindo, a White-winged Dove was nesting on the fourth-floor balcony.

And howler monkeys were hanging around in the trees just outside.

Pacific Ocean and beach across the street.

Great Kiskadees were nesting on the rooftops of the condo.

We saw a lot of them in Costa Rica. They live as far north as south Texas.

These are bold, loud birds that quickly make their presence known. They sit on exposed branches near the tops of trees, often above water, where they give a piercing kis-ka-dee call and dart out to catch flying insects or pluck food—often small fish—from the water. They also eat fruit and sometimes come to feeders. 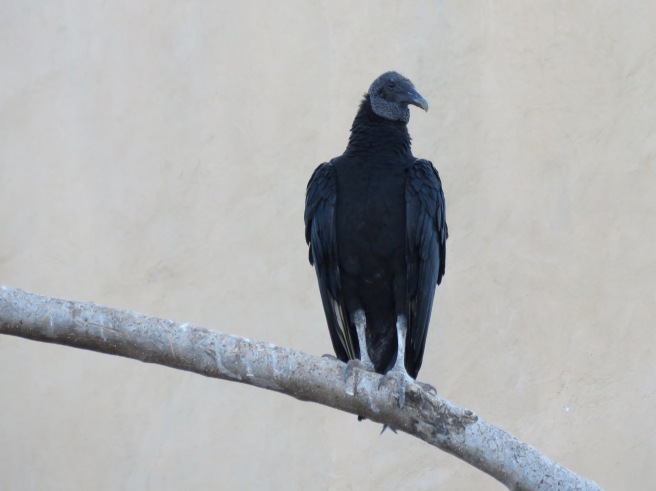 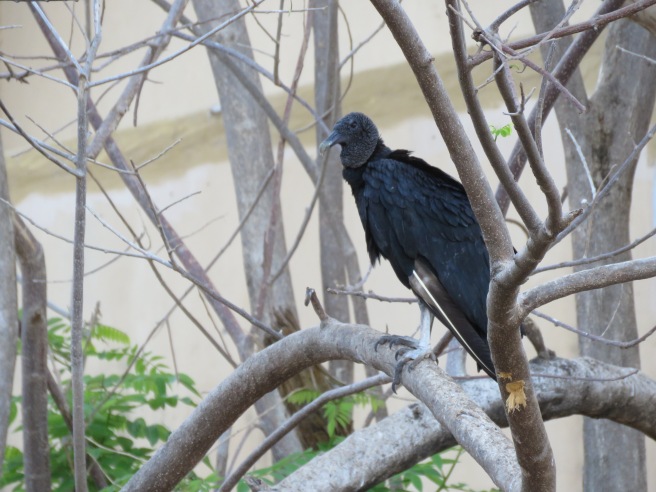 I took a walk in the morning and found Black Vultures lurking.

These birds are uniform black except for white patches or “stars” on the underside of their wingtips (this can be hard to see in strong light or from far away). The bare skin of the head is black.

Their strong beaks made it easy to rip into garbage bags.

I never did figure out what this little bird was, hopping around like a sparrow in the underbrush. 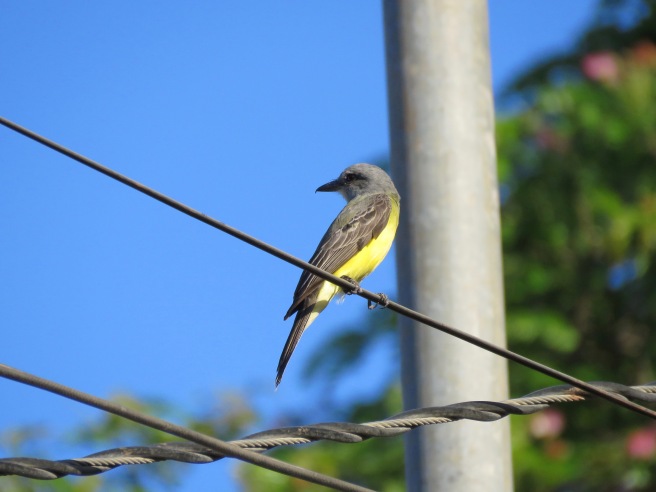 And I think, but I’m not sure, that this flycatcher is a Tropical Kingbird. 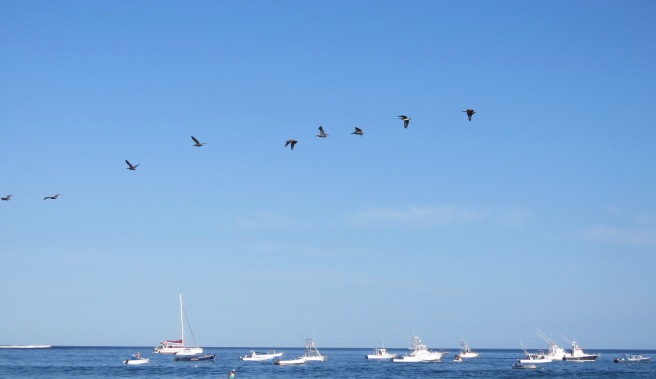 Sanderlings breed on the High Arctic tundra and migrate south in fall to become one of the most common birds along beaches. They gather in loose flocks to probe the sand of wave-washed beaches for marine invertebrates, running back and forth in a perpetual “wave chase.” 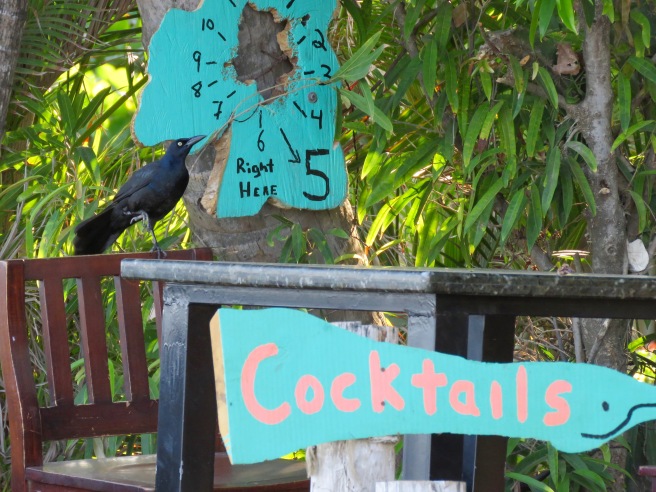 Cool crisp blue-sky winter walk this afternoon with #rubyandradar the #germanshepherds #freshair
Found a chair in the mangroves a mile down a trail near the #indianriverlagoon #hutchinsonisland #jensenbeach #floridalife
Pretty winter day in the Savannas.