Bathtub Reef Beach on Hutchinson Island in Stuart, Florida last Sunday around noon. Red flag advises against swimming but does not forbid it (that would be two red flags).

I walked south to the inlet and back, 2.2 miles, for an hour and 45 minutes, watching and counting birds. 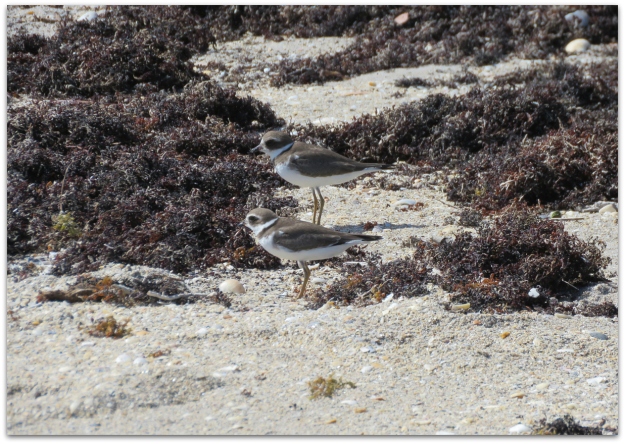 When little shorebirds are holding still, it’s hard to see them.

These people walked right past and didn’t seem to notice the plovers.

Fancy houses along the beach here. It’s the gated community of Sailfish Point, right at the southern tip of the island. Can’t get in unless you live there – although you can walk along the beach.

These are Semipalmated Plovers, a new bird for me.

A small dark shorebird with a single band across its chest, the Semipalmated Plover is the most common plover seen on migration in most areas.

The most common of the small plovers on migration through most areas. On its breeding grounds in the north, it avoids the tundra habitat chosen by most shorebirds, nesting instead on gravel bars along rivers or ponds. In such surroundings, its seemingly bold pattern actually helps to make the plover inconspicuous, by breaking up its outline against the varied background. The name “semipalmated” refers to partial webbing between the bird’s toes.

Willets flew in for a short visit.

A Ruddy Turnstone was digging into a sea turtle shell. 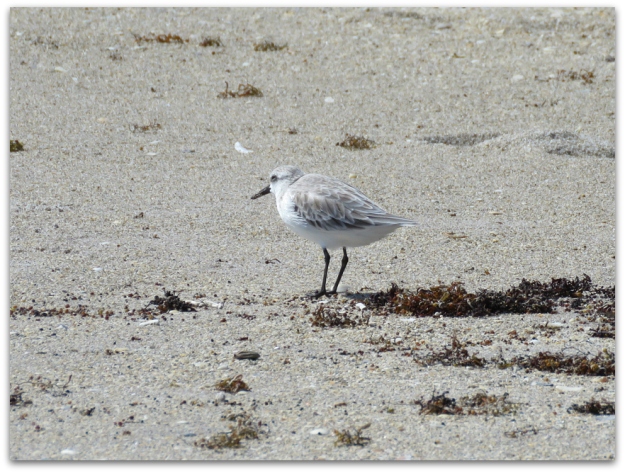 A sleepy solitary Sanderling was near the turnstone and small flock of plovers.

The turnstone was very busy.

I watched it rushing here and there, pushing away bits of sargassum , sticks and shells to see what was underneath. 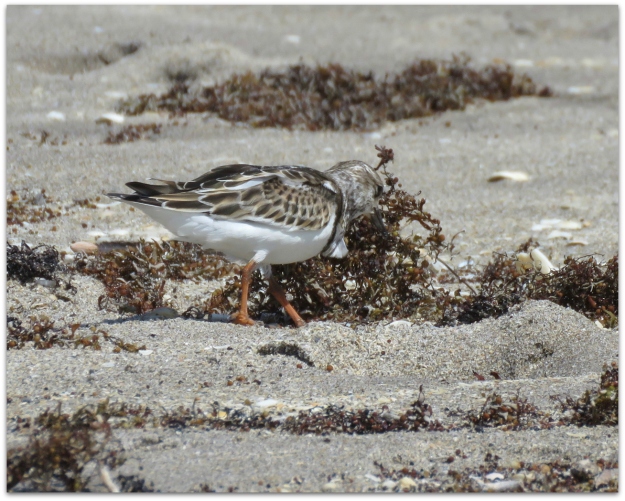 Best known for habit of inserting bill under stones, shells, etc., and flipping them over to find food underneath. Several birds may work together to overturn a larger object. Often probes under seaweed or debris.

Brown Pelicans have a wingspan between 6.5 and 7.5 feet. They are the smallest of the eight pelican species, but still very big birds.

Getting closer to the inlet, I came upon a bird I’ve only seen once before: a Black-bellied Plover.

It relocated as I walked past on the high part of the beach, but didn’t go far. Nice view of wings and tail.

This stocky plover breeds in high Arctic zones around the world, and winters on the coasts of six continents. Some can be seen along our beaches throughout the year (including non-breeding immatures through the summer). Although the Black-bellied Plover is quite plain in its non-breeding plumage, it adds much to the character of our shorelines with its haunting whistles, heard by day or night.

Most migrate along coast or over sea, but numbers stop over regularly at some inland sites. Winter range remarkably extensive, from New England and southwestern Canada to southern South America, Africa, Australia.

The other time I spotted these birds was at Ragged Neck in in New Hampshire in Nov. 2016, along with some Snow Buntings. 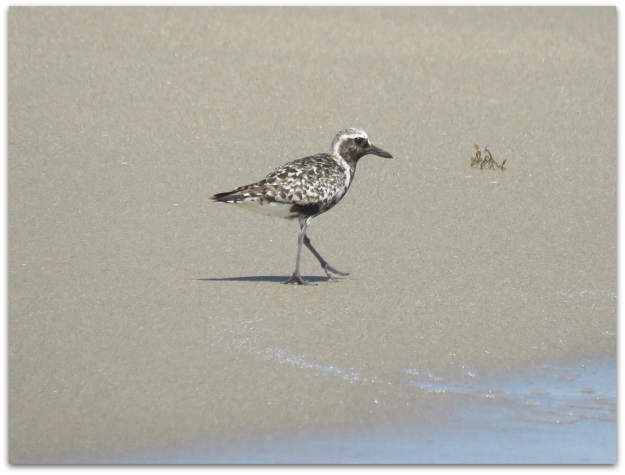 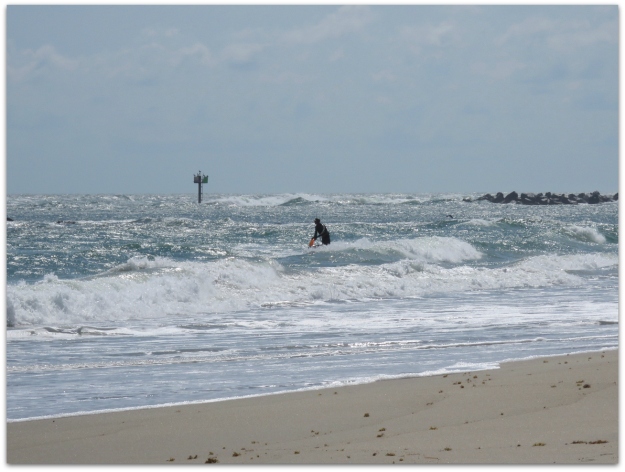 A couple of guys on jetskis were playing in the waves near the inlet.

I see these sandpipers a lot in non-breeding season.

You don’t see too many fishermen at this spot since they have to walk a ways to get here.

Looking across the St. Lucie  inlet from Hutchinson Island to Jupiter Island. And Sanderlings running along the sand. 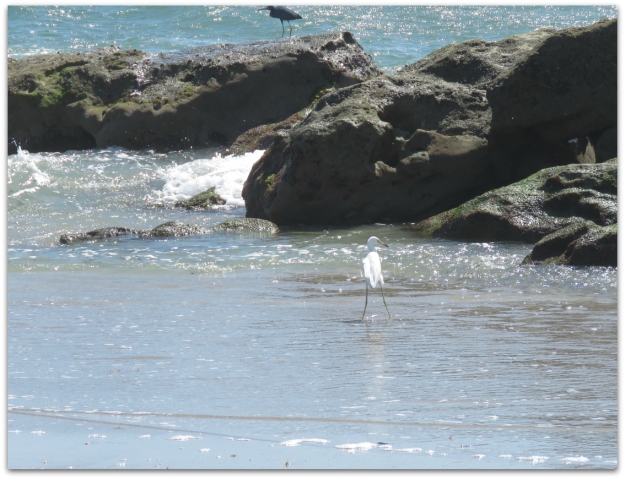 Little Blue Herons… an adult on the rocks and an immature in the water. Yes, the young ones are white not “blue”. 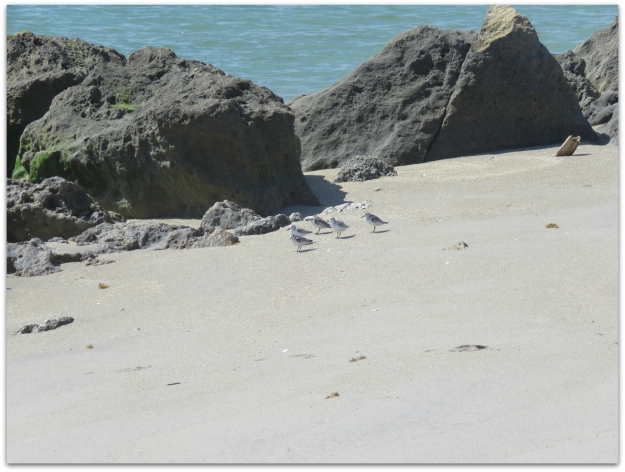 View west from the inlet. The St. Lucie River and Indian River Lagoon connect to the Atlantic Ocean here.

Sandwich Tern, a tern I know thanks to the yellow bill tip!

Torn cloth tossed up on the rocks, the reddest of reds, caught my eye this morning. #flotsam
Mirror, mirror on the trail.
Ruby faces into the brisk northeast wind. Cloudy and 70 degrees #winteriscoming #coastalflorida style! #beachdog