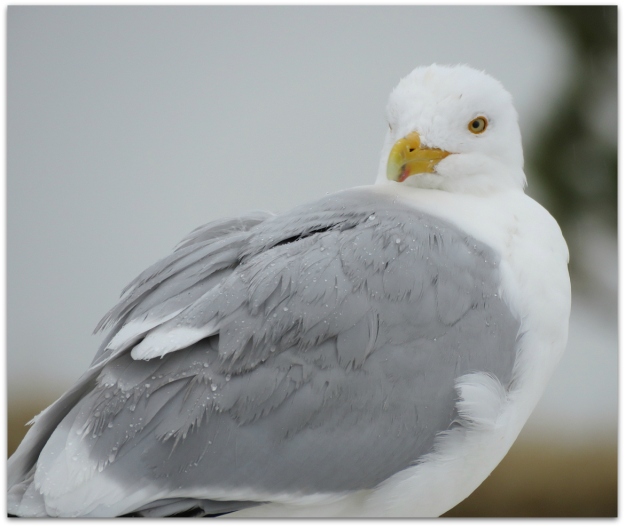 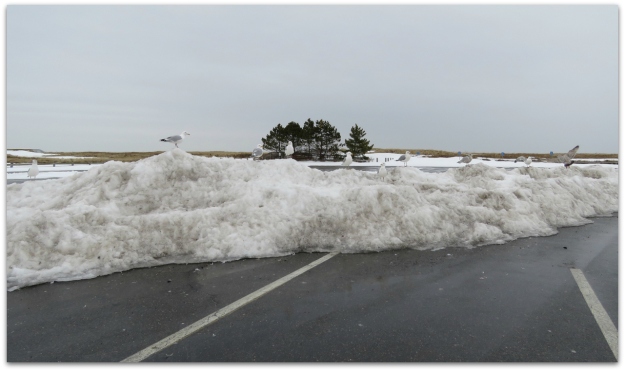 We took a coastal drive yesterday and didn’t see anything spectacular. But I refused to go far from the car because of the light, cold rain. Sometimes I’m in the mood to endure and defy the elements. Yesterday, not.

“How long do seagulls live?” asks my husband.

Large white-headed gulls are typically long-lived birds, with a maximum age of 49 years recorded for the herring gull. 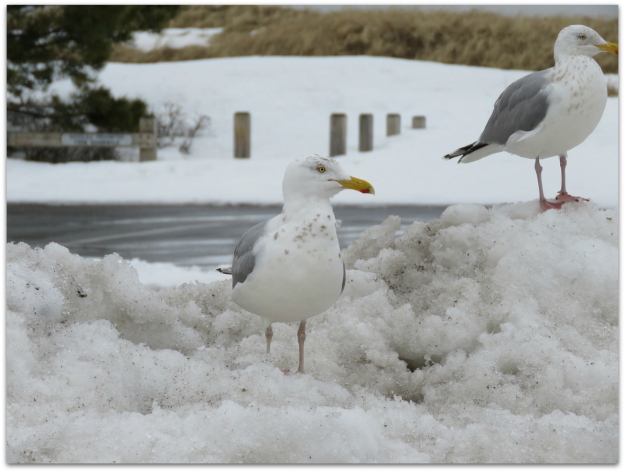 American Herring Gull: Young birds take four years to reach fully adult plumage. During this time they go through several plumage stages and can be very variable in appearance.

All About Birds: Their opportunistic scavenging punctuates hours of bathing, preening, and “loafing” near food sources. (“Loafing” is a term behaviorists use to describe a bird that isn’t doing much of anything; many seabirds spend long hours this way.)

View of the Merrimack River mouth, from just outside the car, with chunks of ice floating to sea on the outgoing tide. 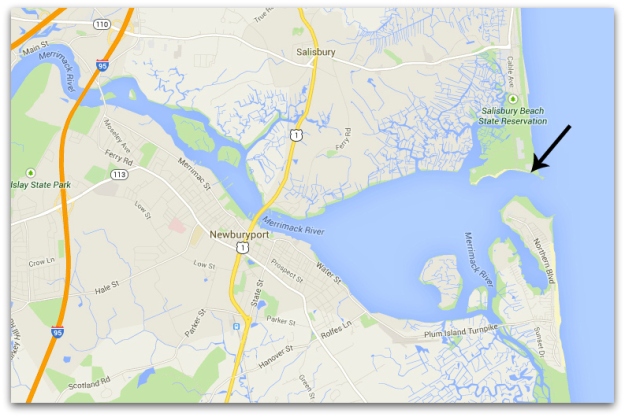 Spiraling above a fishing boat or squabbling at a dock or parking lot, Herring Gulls are the quintessential gray-and-white, pink-legged “seagulls.” They’re the most familiar gulls of the North Atlantic and can be found across much of coastal North America in winter. A variety of plumages worn in their first four years can make identification tricky—so begin by learning to recognize their beefy size and shape. 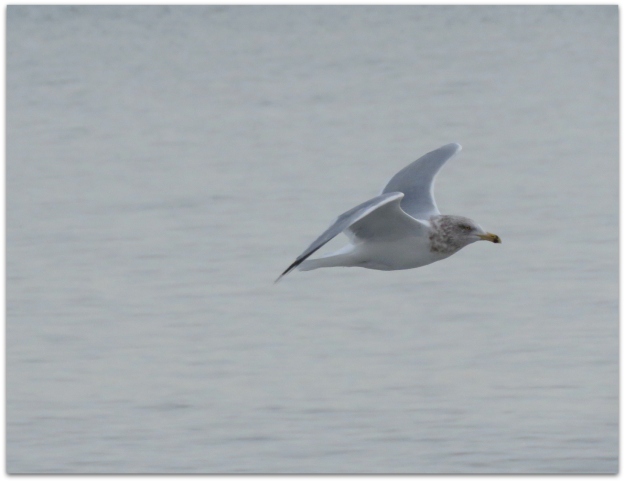 Herring Gulls are large gulls with hefty bills and robust bodies. In flight, they look barrel-chested and broad-winged compared to smaller species such as Ring-billed Gulls.

Adults have light-gray backs, black wingtips, and white heads and underparts. In winter, dusky streaks mark their heads. Herring Gulls take four years to reach adult plumage. Juveniles are mottled brown; second-year birds are brown but show gray on the back. Third-years have more gray on the back and more white on the head and underparts.

I made this for my Facebook friends, near and far.

I took a drive by the ocean this morning, before the next blizzard, to get some light and horizon into my eyes and brain. Snapped a few photos too. Wish I could have captured the small falcon that flew overhead as I drove north on route 1A, Hampton Beach. It was creamy white with brown speckles underneath and characteristic falcon-shaped head and wings.

See the steps down to the beach? Not really? I know! 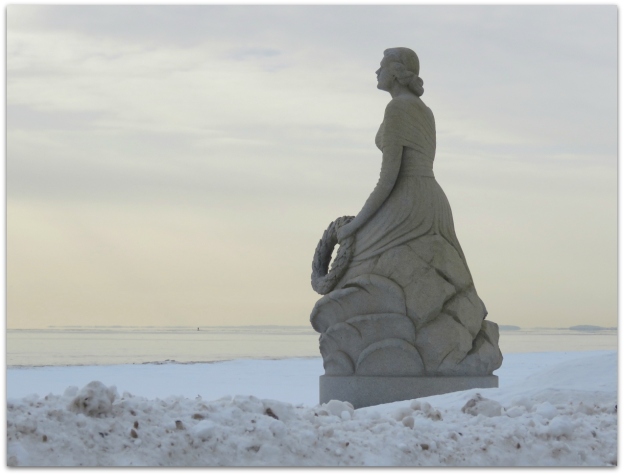 Marine Memorial Statue, aka The Lady, at Hampton Beach. 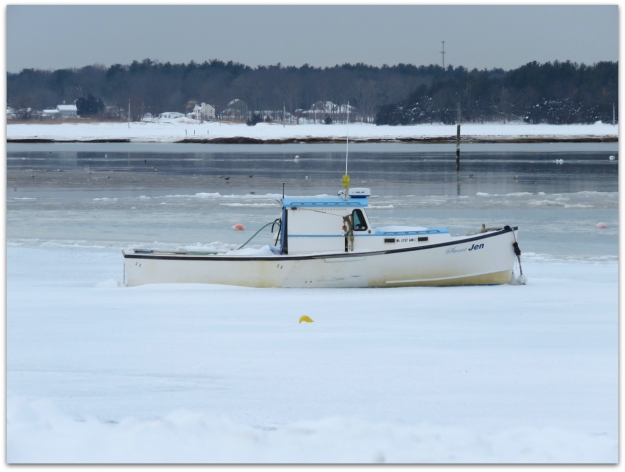 Boats were frozen in place at Seabrook Harbor.

I watched birds this morning for GBBC. More tomorrow.

Herring Gulls patrol shorelines and open ocean in widely scattered groups, soaring raptor-like and spiraling down to pick scraps off the surface. Individuals plunge-dive from near the surface and dip while paddling to take shallow prey. Rallying around fishing boats or refuse dumps, they are raucous and competitive, threatening and stealing from other birds. They’ll prowl tide flats seeking out invertebrates, gobbling small items whole, picking apart larger prey, and dropping shellfish onto rocks to break them open. Tighter groups follow foraging whales, groups of dolphins, or schools of large fish in open water, hovering to nab small prey driven to the surface. Their opportunistic scavenging punctuates hours of bathing, preening, and “loafing” near food sources. (“Loafing” is a term behaviorists use to describe a bird that isn’t doing much of anything; many seabirds spend long hours this way.)

When the storm starts, I plan to do lots of loafing myself. I am read two bird books: What the Robin Knows by Jon Young, and The Goshawk by T.H. White.