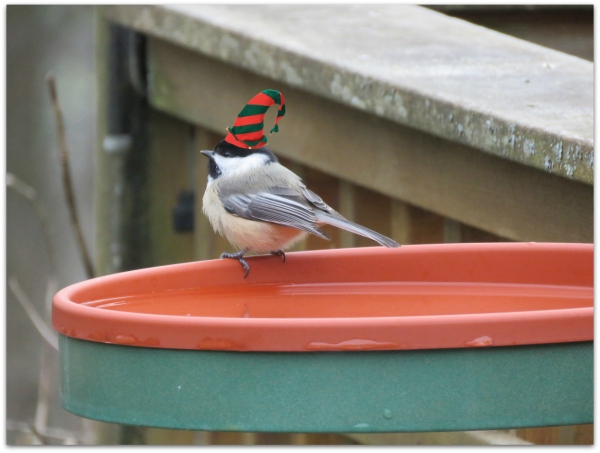 A Visit from Santa Owl
By Amy Kane, with apologies to Clement C. Moore

Twas a few weeks before Christmas when along the coast
Mice quaked in fear when they saw the white ghost
A fearsome large owl from the snow-covered north
From the vast frozen tundra took wing and flew forth
The birders were nestled all snug in their beds
While visions of rare birds danced in their heads
When they read the reports next day, oh my
They sprang to their Subarus and drove east to Rye
Then in a twinkling they set up tripods and scopes
Spotted Bubo scandiacus, fulfilling their hopes!

His eyes how they winked, his feathers how fluffed
Having recently eaten he was looking quite stuffed
He was chubby and plump, a right jolly old raptor
With his majestic beauty he was the humans’ captor
It was cold, it was bitter, and the wind it was blowy
But now birders looked forward to a winter quite snowy
Over dunes, rocks and marsh, if you see white wings prowl
It’s a rare gift from the north, our Christmastide owl.