Great Egret and chick at Wakodahatchee Wetlands, end of April.

A wonderful place to get a good look at nesting birds. 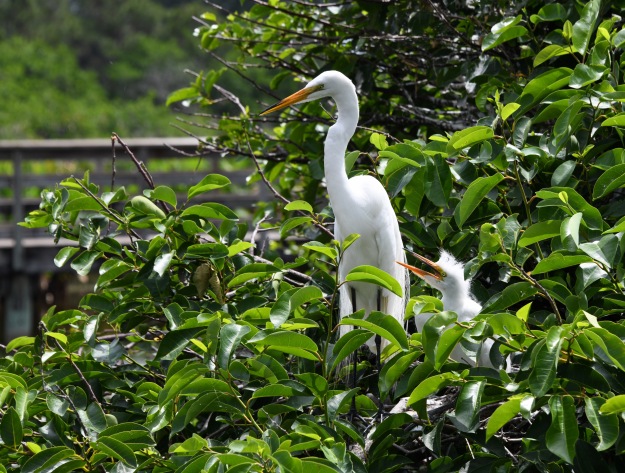 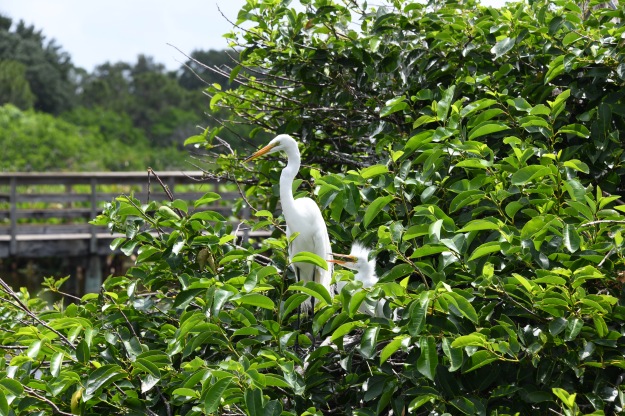 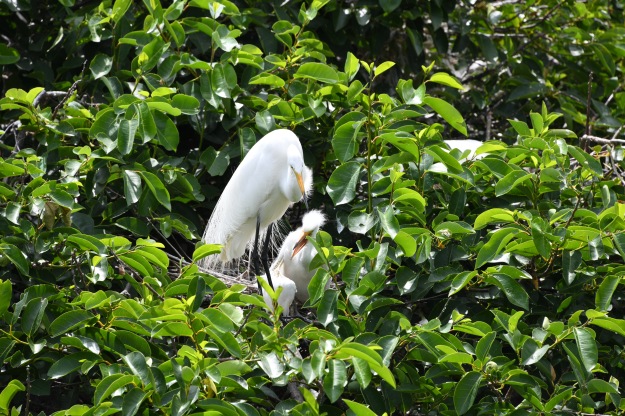 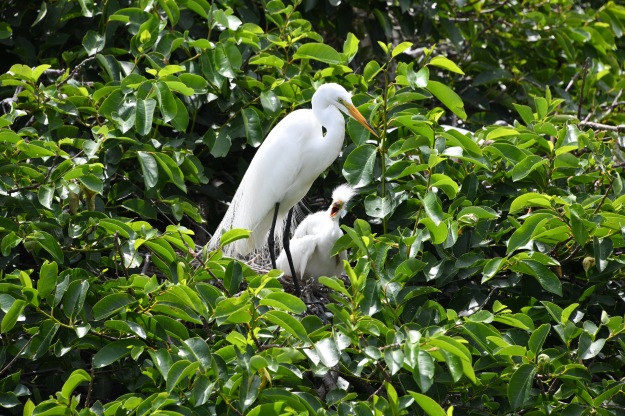 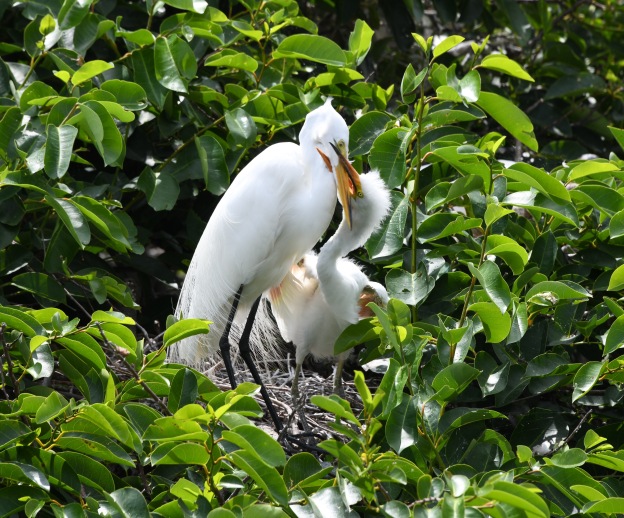 Hungry and fierce member of the next generation. 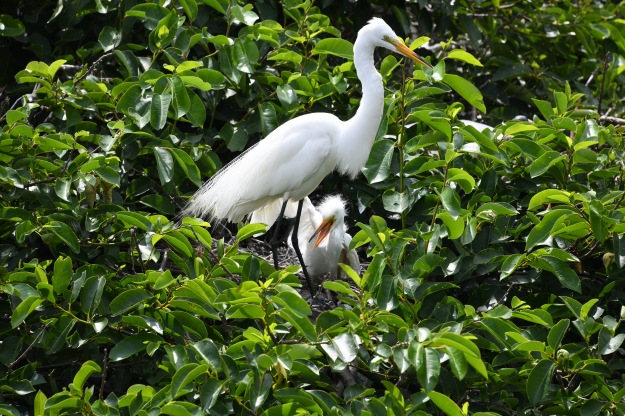 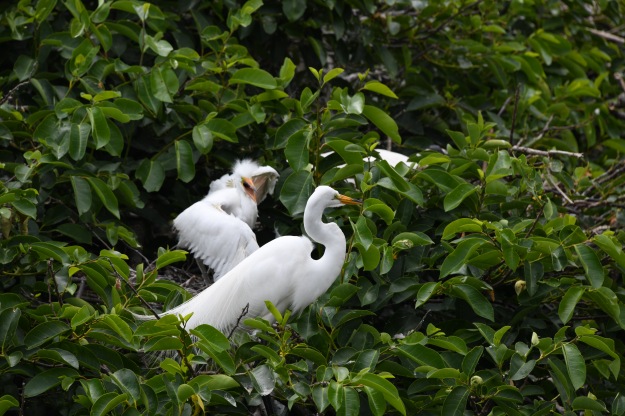 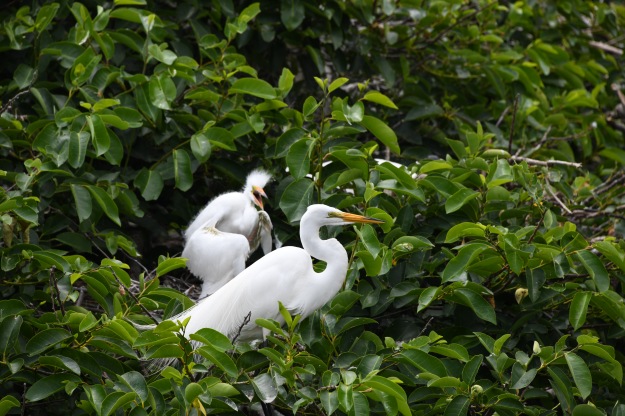 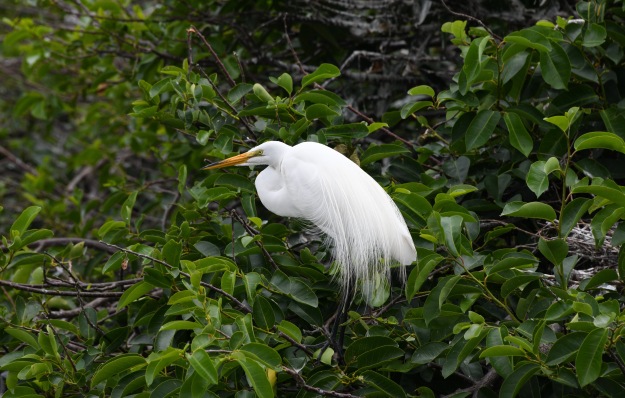 Looking down from the boardwalk we could see a Purple Gallinule.

Lurking in the marshes of the extreme southeastern U.S. lives one of the most vividly colored birds in all of North America. Purple Gallinules combine cherry red, sky blue, moss green, aquamarine, indigo, violet, and school-bus yellow, a color palette that blends surprisingly well with tropical and subtropical wetlands. Watch for these long-legged, long-toed birds stepping gingerly across water lilies and other floating vegetation as they hunt frogs and invertebrates or pick at tubers.

Look for Purple Gallinules in dense freshwater wetlands in the extreme southeastern U.S. and farther south—sites that have both emergent and submerged vegetation such as water lilies, lotus, water hyacinth, and hydrilla. They can be fairly easy to spot as they walk on floating vegetation.

Wood Stork on a nest. 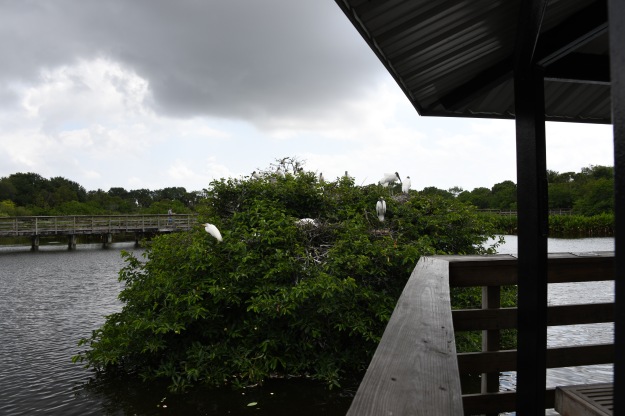 Nice view of nesting birds from this gazebo.

First photo was taken last fall. Second photo was taken a couple of days ago at the amazing and renowned Wakodahatchee Wetlands in Delray Beach. It was our first visit during nesting season and there was LOTS to see. I took a thousand photos, for real. I will be posting some of the good ones over a few days.

I had noticed a bit of buff coloring on breeding Cattle Egrets before but never have I seen the candy corn bill and purple “lores” just in front of the eyes. Eyes are a different color too!

A boardwalk through the wetlands gets you closer to the birds.

This female Anhinga is also in breeding plumage with a blue ring around her eyes and a greenish tinge to her lores. Her chin is black too.

She let me stand right next to her and take this glamour shot. 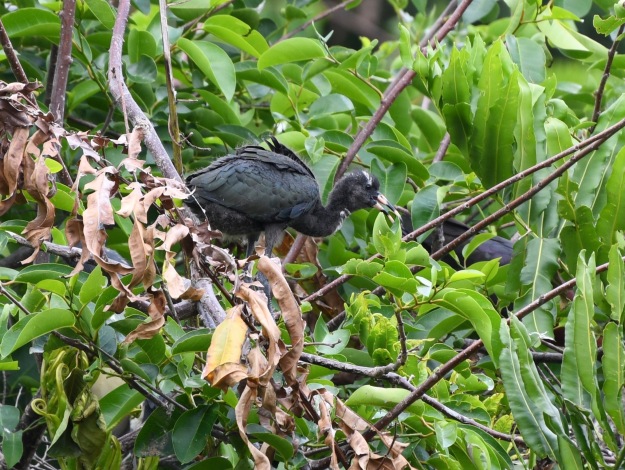 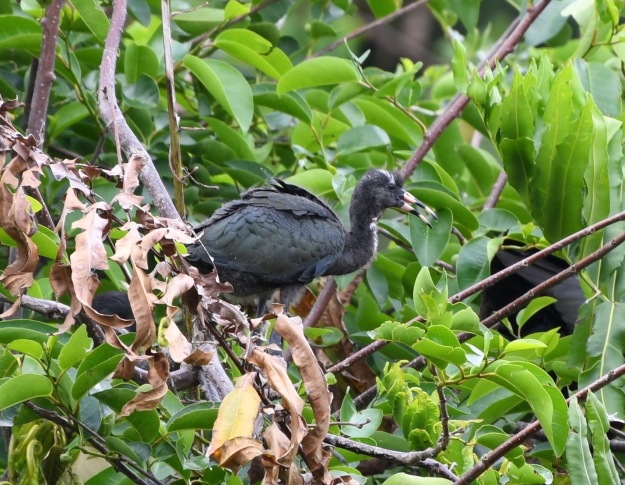 Chubby and fluffy like chick, but with a bit of ibis curve to the (striped) bill already.

Great Egret chicks watches the skies for the return of mom/ dad. 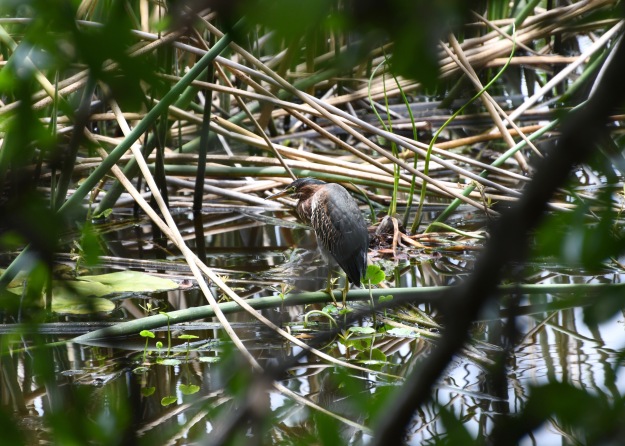 I played hide-and-seek with a Green Heron. 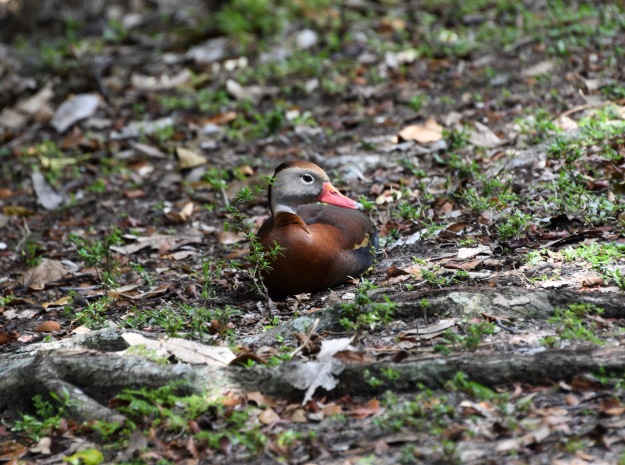 Another a water’s edge.