For the first time on this blog I am using someone else’s photos to share the birds I saw. The four of us old friends vacationing together went for walks on three different beaches two days ago and I didn’t have my camera. David kindly shared some of his great photos with me. 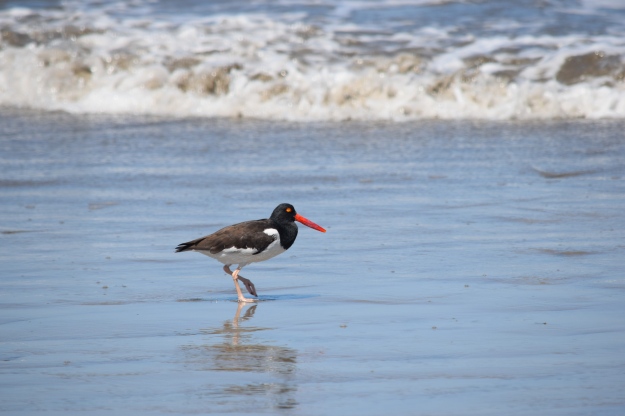 Such a unique bird. 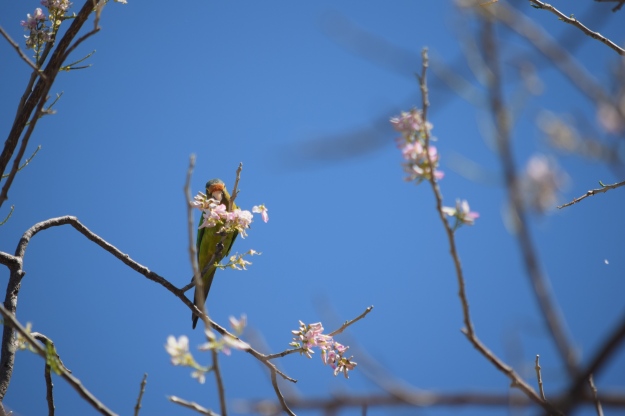 The most numerous parrots on the Pacific Slope of Central America, the Orange-fronted Parakeet is found from Western Mexico south to Costa Rica. Primarily colored a dull green, the Orange-fronted Parakeet has an orange-peach forehead and lores, dull blue mid-crown, olive-brown throat and breast, yellow green belly and blue flight feathers. These parakeets inhabit a variety of habitats including forest edge, deciduous woodland, Pacific swamp forest, savanna, arid thorn scrub and even cow pastures and urban areas. These birds feed primarily on fruits and flowers, but outside of the breeding season, large flocks have been known to cause damage to maize and ripening bananas. 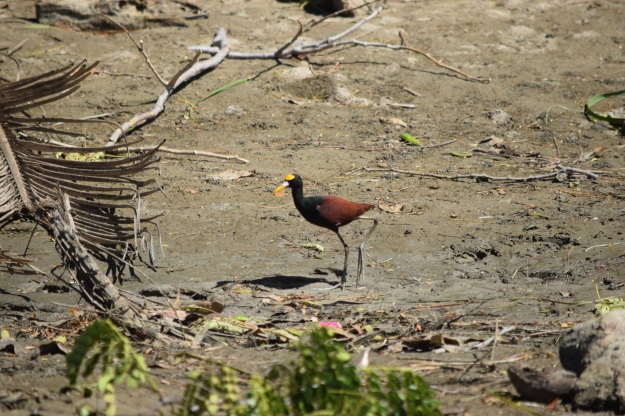 I think it’s a Northern Jacana. Two were walking and wading around in a muddy pond just behind Playa Brasilito.

The northern jacana or northern jaçana (Jacana spinosa) is a wader which is a resident breeder from coastal Mexico to western Panama, and on Cuba, Jamaica and Hispaniola. It sometimes breeds in Texas, United States, and has also been recorded on several occasions as a vagrant in Arizona. The jacanas are a group of wetland birds, which are identifiable by their huge feet and claws which enable them to walk on floating vegetation in the shallow lakes that are their preferred habitat. They are found worldwide within the tropical zone. In Jamaica this bird is also known as the ‘Jesus bird’, as it appears to walk on water.