I saw a pair of Red-breasted Mergansers late this afternoon just off the West Causeway park under the Sewall’s Point-to-Hutchinson-Island bridge. 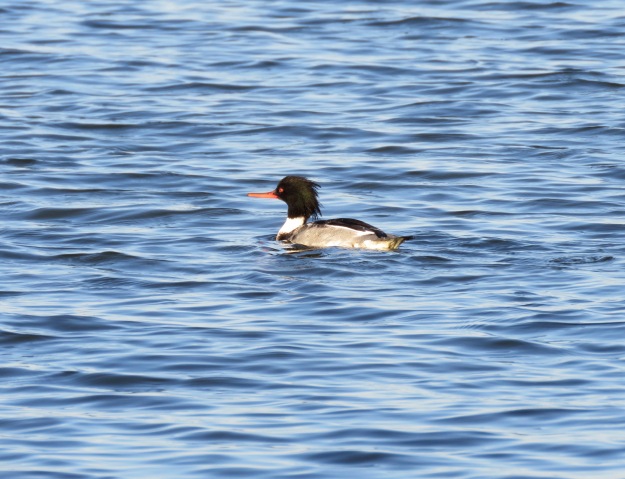 Red-breasted Mergansers breed in the boreal forest on fresh, brackish, and saltwater wetlands, typically close to the coast. During migration and on the wintering grounds, they use oceans, lakes, and rivers. They tend to use saltwater, including estuaries and bays, more often than Common Merganser. 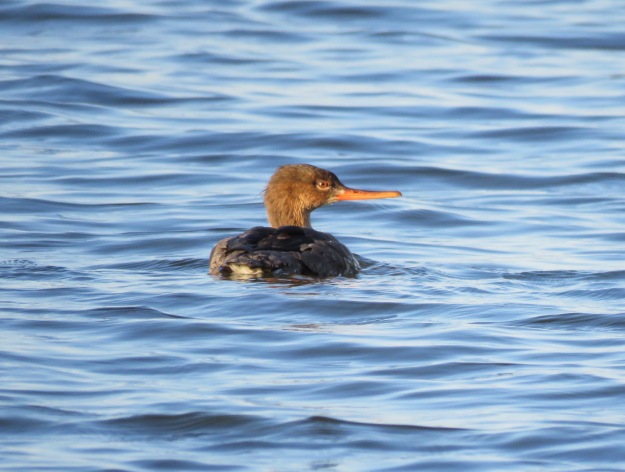 Red-breasted Mergansers primarily eat small fish (4–6 inches long), but also crustaceans, insects, and tadpoles on occasion. In the summer, they forage in shallow waters with submerged vegetation and plentiful fish. In the winter they forage in shallow marine waters. Red-breasted Mergansers dive underwater or swim with their eyes just below the surface as if they were snorkeling to look for prey. Lines of mergansers also herd minnows into restricted areas, allowing easy capture. The serrations on the bill help them keep hold of slippery fish.

1 thought on “Mergansers in town”