When you are looking up at birds…

…the bird butt is a pretty common shot. 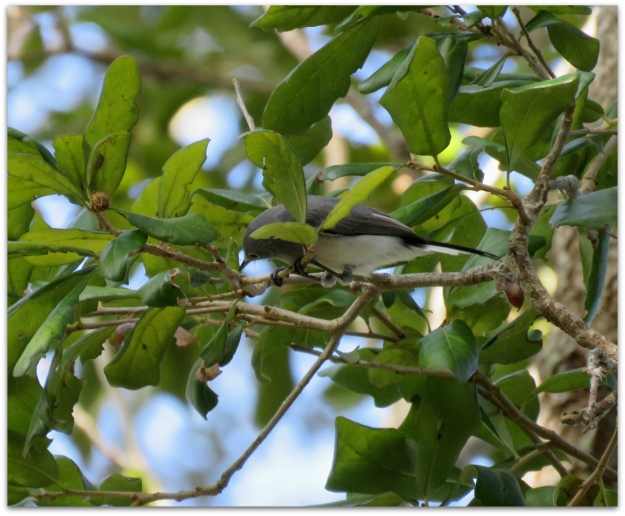 I think this is a Blue-gray Gnatcatcher.

I checked Birdcast early this morning for the Migration Forecast and it looked like last night was a big night for migration. I found a mixed flock of warblers right down the street from our house, in a big live oak tree.

The well-named Yellow-throated Warbler shows off its bright yellow throat in the canopy of forests in the southeastern United States. It hops up branches, working its way high into the canopy probing for insects in crevices and clumps of pine needles, much like a Brown Creeper or Black-and-white Warbler. Unlike those birds, the Yellow-throated Warbler is gray above with a black triangle below its eye and a white eyebrow. It is also one of the few warblers that can be found during the winter in the U.S. 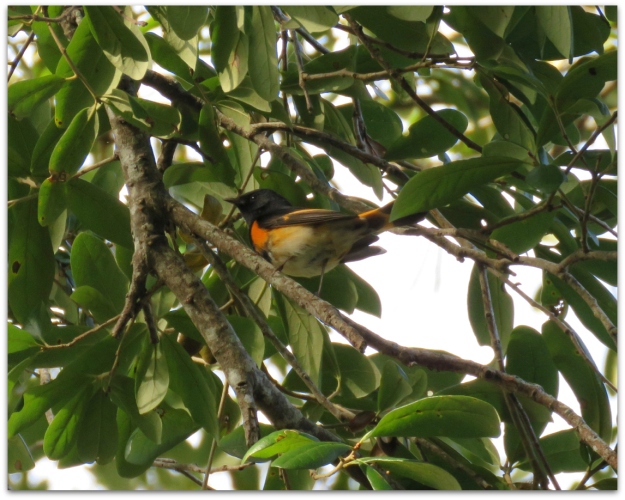 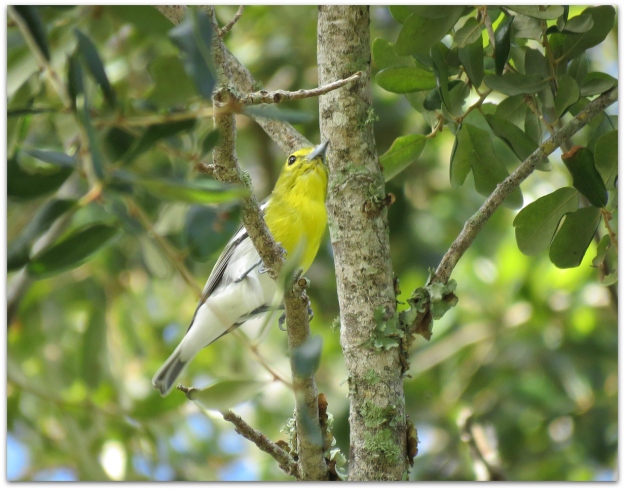 This bird was calling very loudly for such a small bird. It’s a Yellow-throated Vireo.

A bird of open deciduous forests and edges, the Yellow-throated Vireo is one of the most colorful member of its family. Not only does this bird have a bright yellow throat, it looks as if it’s wearing bright yellow spectacles. This small heavyset songbird slowly hops through the canopy picking insects off branches and twigs. Males sing a burry three eight, on repeat throughout the day. Females join the males with a harsh scolding chatter during aggressive encounters.