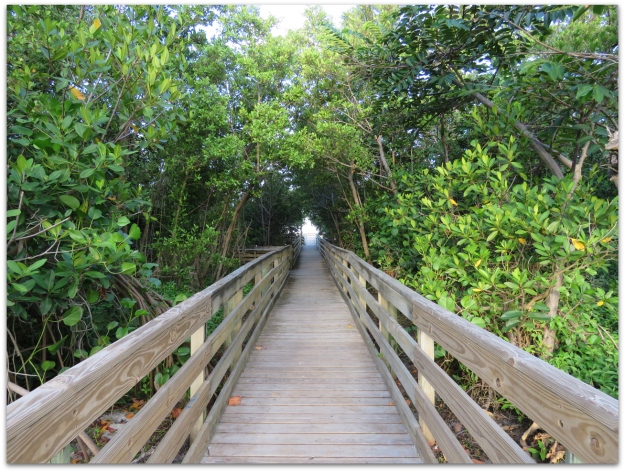 A boardwalk through the mangroves leads to a view over the Indian River Lagoon and the shallow sandbars known as Sailfish Flats. The boardwalk is across the street from Bathtub Reef Beach. (And within my 5-mile radius.)

This was my first visit here. I stopped by this eBird Hotspot this morning at 8 a.m. and watched birds for 15 minutes.

Here is my eBird checklist. I forgot my binoculars so I couldn’t ID the terns on the farthest sandbar. Next time!

First bird was a White Ibis. 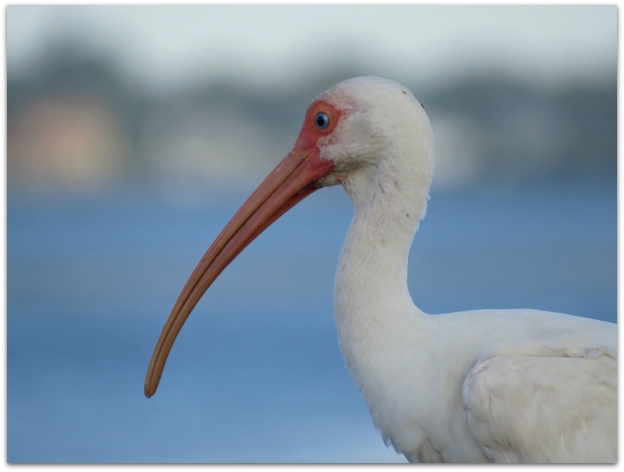 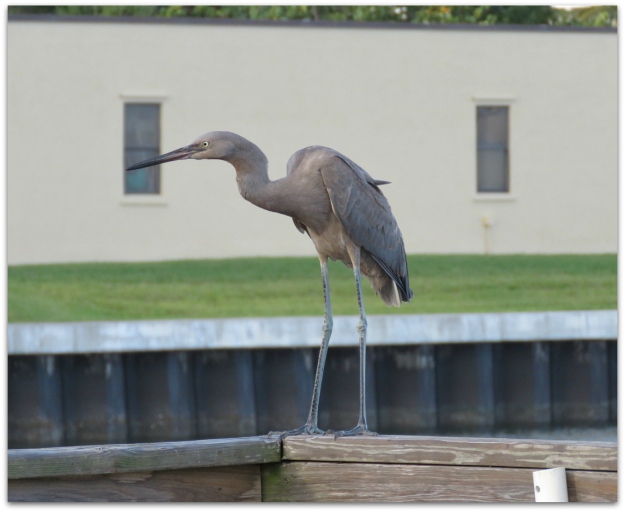 A young Reddish Egret flew in from the north and landed on the railing near me. 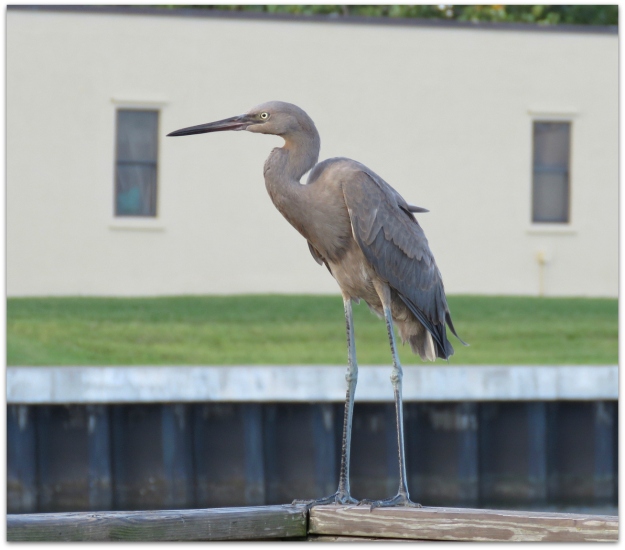 I suspect this is the same bird I saw on the ocean side on September 20: LINK. 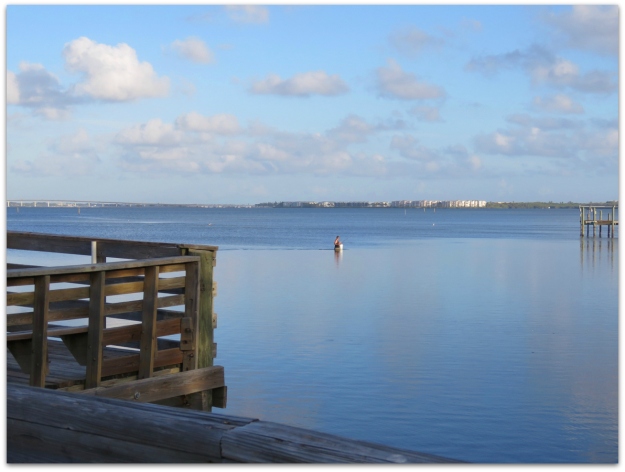 One guy was coming back from fishing. It was 86 degrees and a bit windy, but the wind was from the east so we were a bit protected on this side of Hutchinson Island.

The egret flew out to the flats and started its fishing dance. 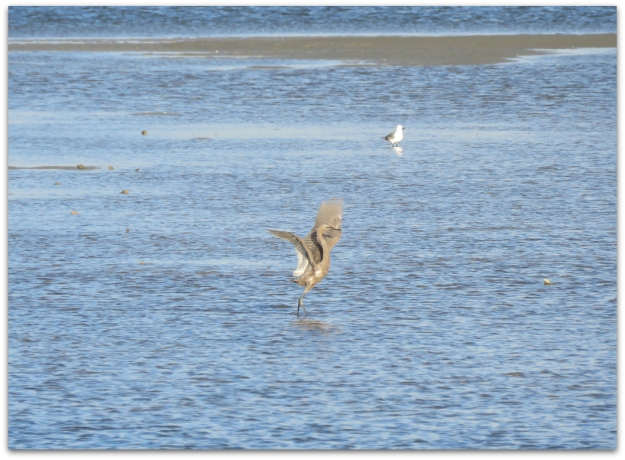 I didn’t see it catch anything, but it was pretty to watch.

Master fishing-bird the Osprey did catch something. 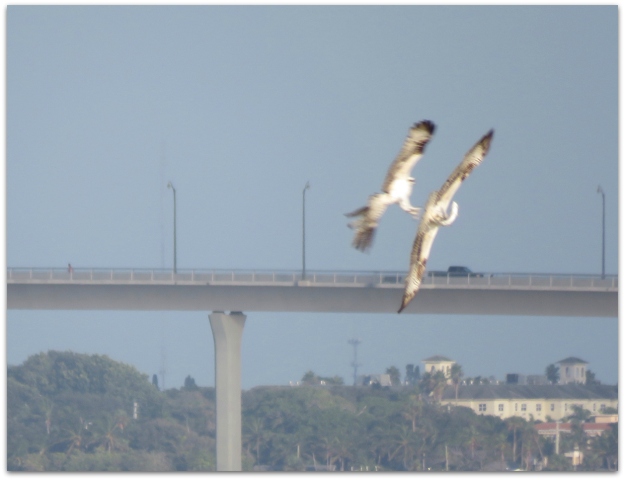 It was immediately harassed by another Osprey, something I haven’t seen before.

Maybe it was a young Osprey begging for food from a parent?

Still hopping around out there.

The Reddish Egret stalks its prey—mostly small fish—more actively than other herons and egrets. The birds first locate their quarry by sight, then the dance begins. They dash, lurch, and zig-zag after their prey, often holding their wings over the water as they hunt. This shadow-casting strategy is thought to reduce glare and help the egret more accurately sight and spear its prey.

I also saw, but did not get great photos of: Green Heron, Snowy Egret, Brown Pelican, a couple of terns species flying over, and Laughing Gulls.