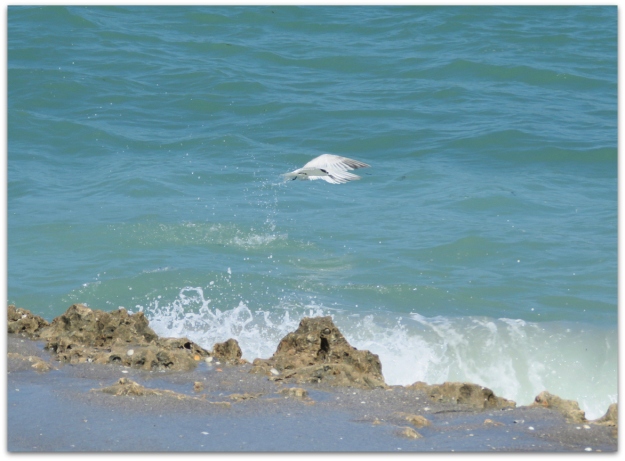 I think this is an immature Sandwich Tern.

A view north along the beach with calm, receding waves. The woman on her knees was digging up lots and lots of one particular kind of shell.

This helo flies, but not like a bird. It’s only got one “wing” and that wing spins around overhead, how strange.

It was a lovely day to just sit and watch the waves. And we did. 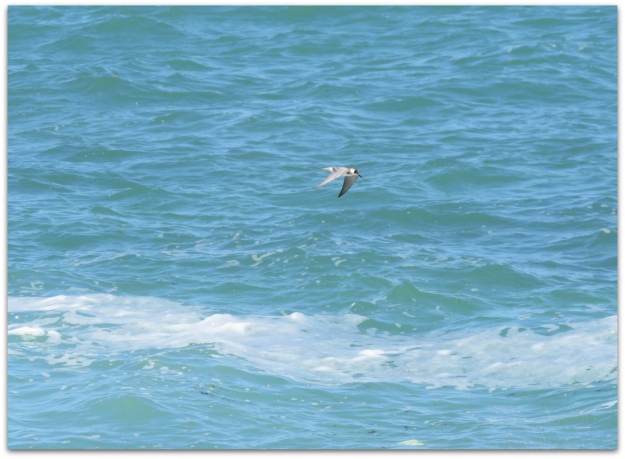 I watched this little bird for a bit and realized I didn’t know what it was, so I snapped a few photos. I was sort of tern-like, but smaller and chubbier than the other terns. Also, it was skimming fish off the surface, not diving.

I posted a couple of pics to What’s This Bird and got the answer: it was a young Black Tern! 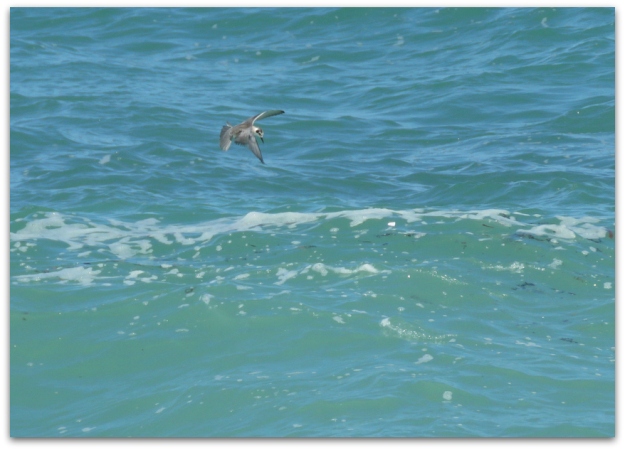 Forages in flight, dipping to surface of water or shore to pick up items, sometimes pursuing flying insects in the air, seldom plunging into water after prey.

In breeding season it is a beautiful charcoal gray with a black head and white butt (see pic here). 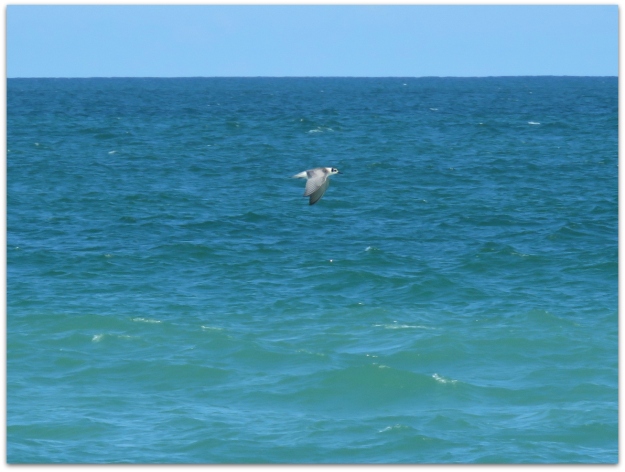 A small, graceful marsh tern, black and silver in breeding plumage. In its choice of surroundings, it leads a double life: in North America in summer it is a typical bird of freshwater marshes, but in winter it becomes a seabird along tropical coasts. 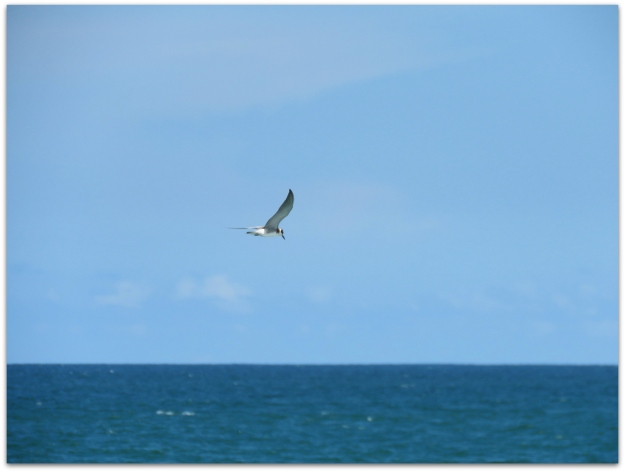 Bird #186 has been added to my collection.