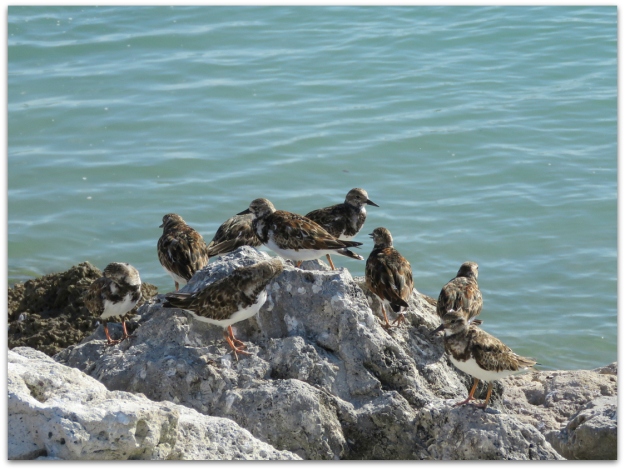 Ruddy Turnstones on rocks along the jetty in Fort Pierce on Sunday.

Ruddy Turnstones breed along rocky coasts and in the tundra across the High Arctic. In North America they breed in sparsely vegetated tundra near marshes, streams, and ponds. During migration they stop along coastal rocky and sandy beaches, mudflats, and shorelines of freshwater lakes to refuel. On their wintering grounds they congregate along rocky shorelines, mudflats, deltas, and sandy beaches.

The ruddy turnstone has a varied diet including carrion, eggs and plant material but it feeds mainly on invertebrates. Insects are particularly important in the breeding season. At other times it also takes crustaceans, molluscs and worms. It often flips over stones and other objects to get at prey items hiding underneath; this behaviour is the origin of the name “turnstone”. It usually forages in flocks. 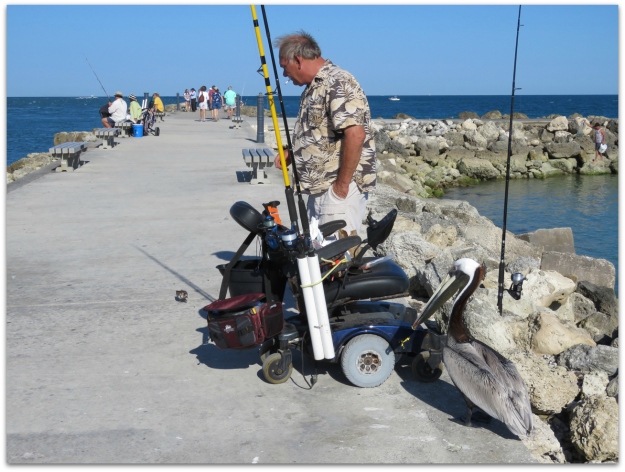 Like the Brown Pelican, Ruddy Turnstones also search for bits of bait and fish from the fishermen on the jetty. 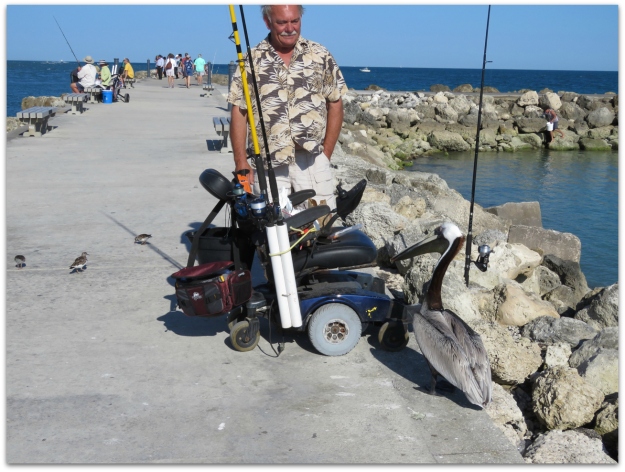 This pelican is not shy.