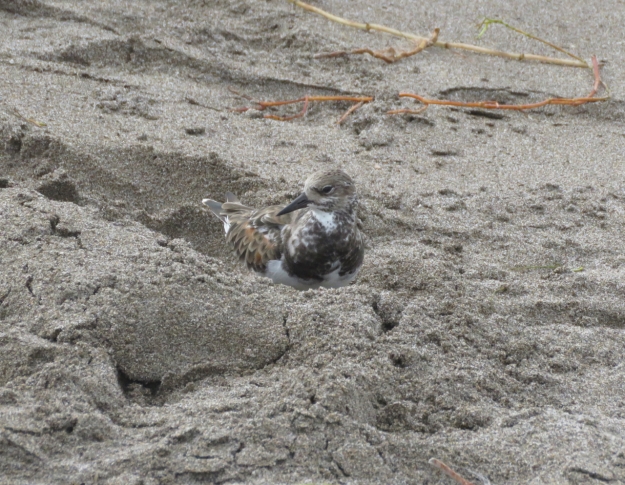 Ruddy Turnstone rests out of the wind in a footprint.

A shorebird that looks almost like a calico cat, the Ruddy Turnstone’s orange legs and uniquely patterned black-and-white head and chest make them easy to pick out of a crowd. These long-distance migrants breed in the arctic tundra, but spend the off seasons on rocky shorelines and sandy beaches on both North American coasts (as well as South America, Eurasia, Africa, and Australia). 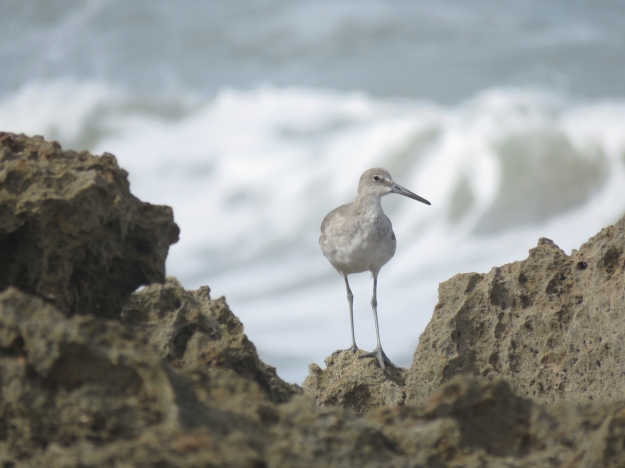 Willet on the rocks. 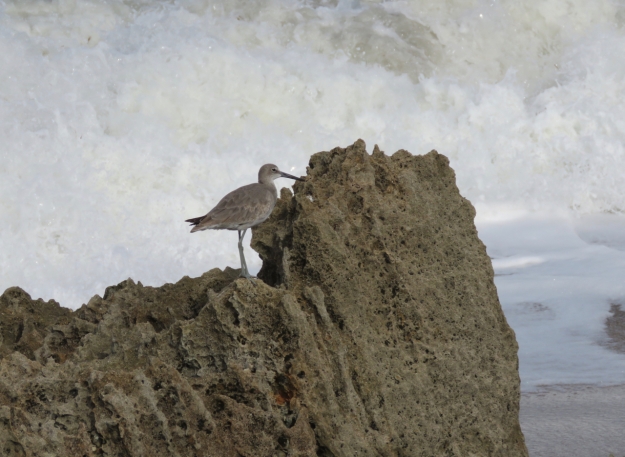 The willet (Tringa semipalmata), formerly in the monotypic genus Catoptrophorus as Catoptrophorus semipalmatus, is a large shorebird in the sandpiper family. It is a relatively large and robust member sandpiper, and is the largest of the species called “shanks” in the genus Tringa. 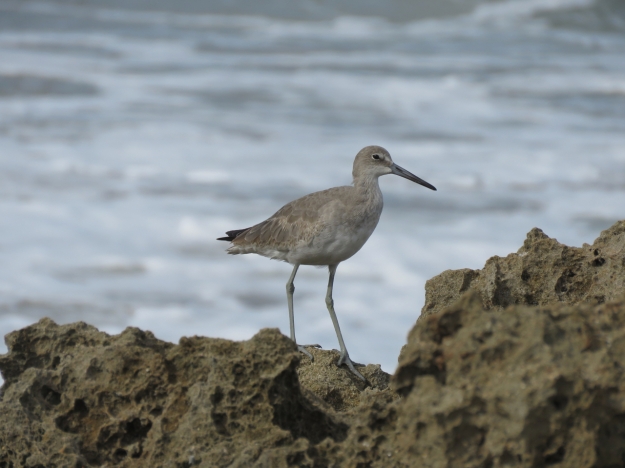 These rocks are part of the Anastasia geological formation. They are quite striking near the House of Refuge on Hutchinson Island. 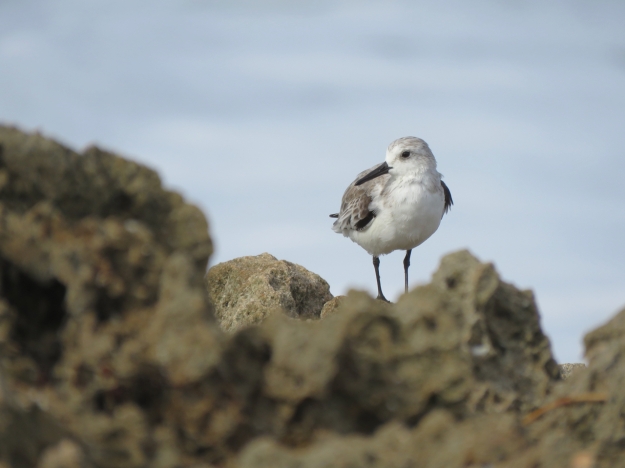 Also taking a break from feeding, a Sanderling. 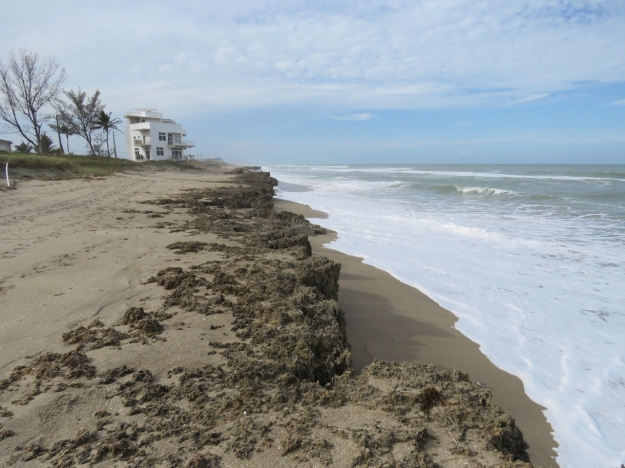 The beach, looking north. We stopped by yesterday in the late afternoon to see if there were any more falcons coming through. There were not. 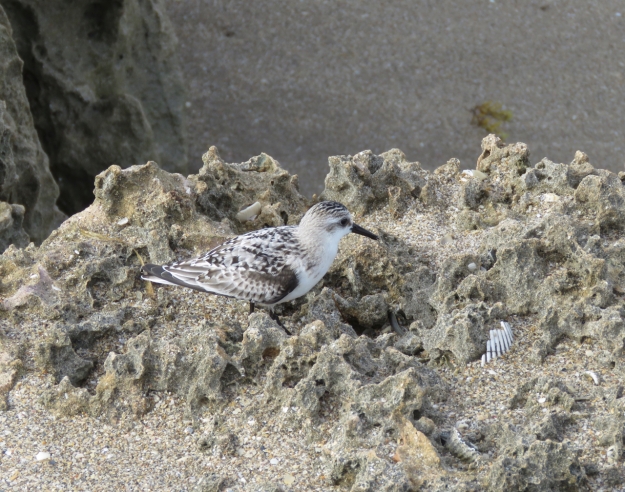 But this little Sanderling landed right next to me and let me take a few photos. Pretty plumage. Sweet little birds. 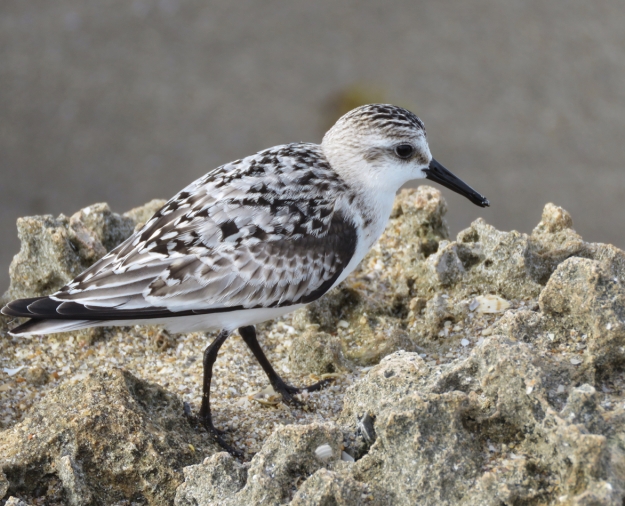 The Sanderling’s black legs blur as it runs back and forth on the beach, picking or probing for tiny prey in the wet sand left by receding waves. Sanderlings are medium-sized “peep” sandpipers recognizable by their pale nonbreeding plumage, black legs and bill, and obsessive wave-chasing habits. Learn this species, and you’ll have an aid in sorting out less common shorebirds. These extreme long-distance migrants breed only on High Arctic tundra, but during the winter they live on most of the sandy beaches of the world.

Welcome back to your “winter” home!