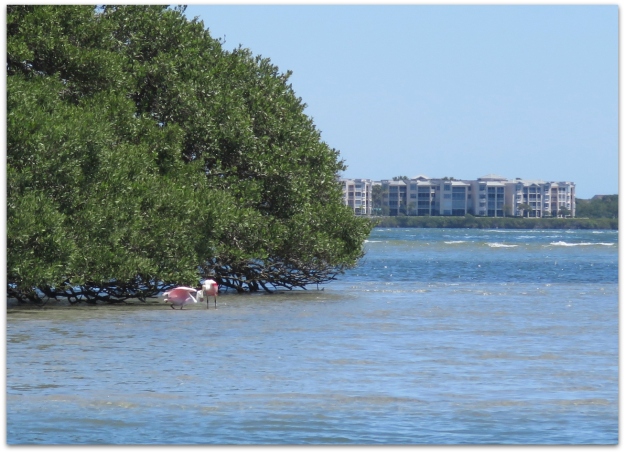 Spoonbills at Bird Island a couple of weekends ago.

In courtship, male and female first interact aggressively, later perch close together, present sticks to each other, cross and clasp bills. 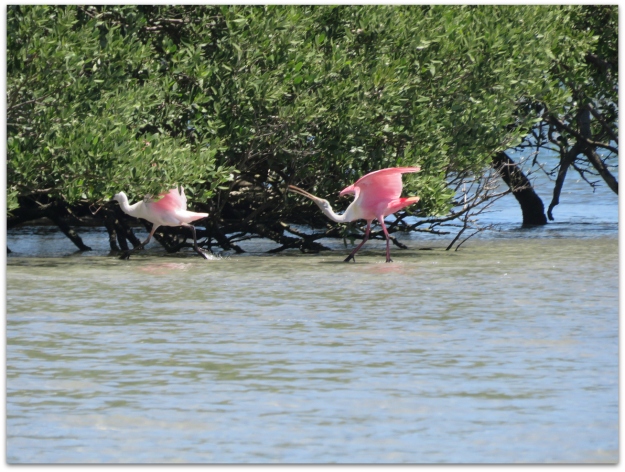 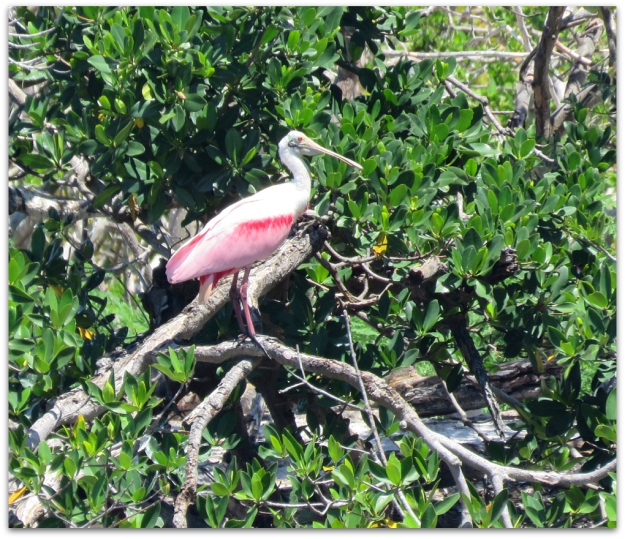 Very common in parts of the southeast until the 1860s, spoonbills were virtually eliminated from the United States as a side-effect of the destruction of wader colonies by plume hunters. Began to re-colonize Texas and Florida early in 20th century. Still uncommon and local, vulnerable to degradation of feeding and nesting habitats.

1 thought on “Pretty in pink”