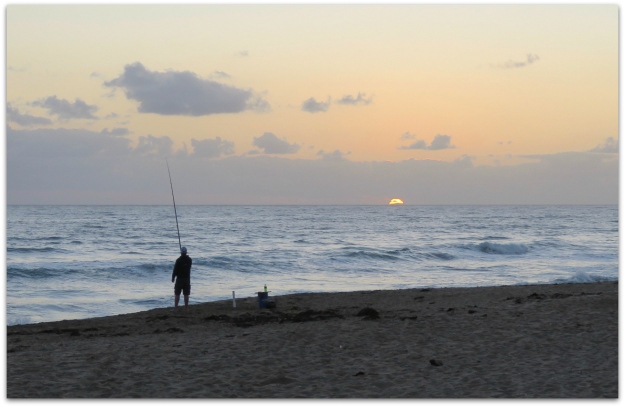 Made it just in time to see the first sunrise of 2017! That seems lucky.

Husband and I took the dog to Santa Lucea Beach on Hutchinson Island for his morning beach run, chasing the ball over and over. Fishermen were catching bluefish. People were taking photos of the sun and the ocean. 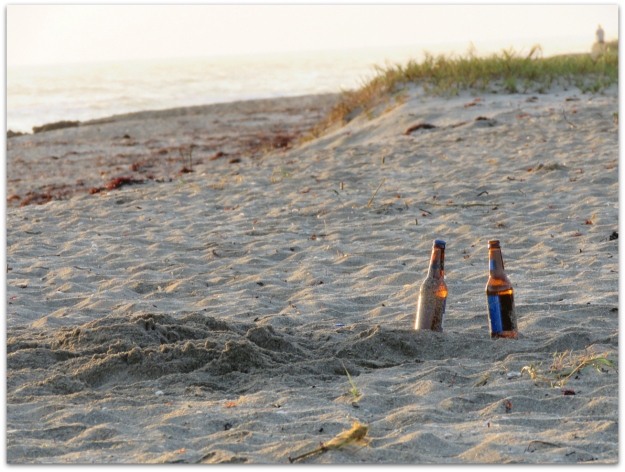 It is so great to go to bed early and then get up early for the New Year. That’s how it is when you are 50-something. 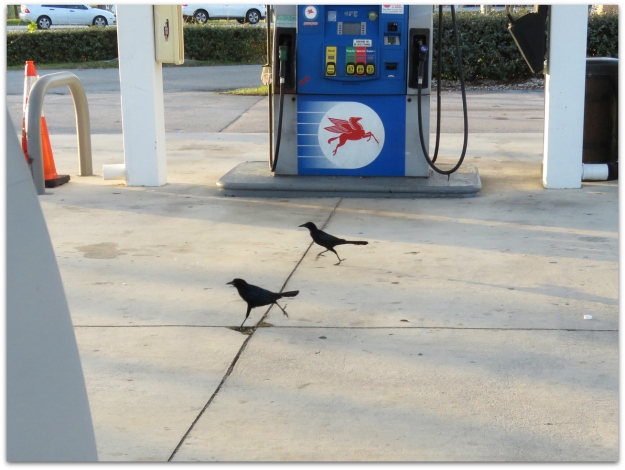 My first photographed birds of the New Year: grackles running around at the gas station. 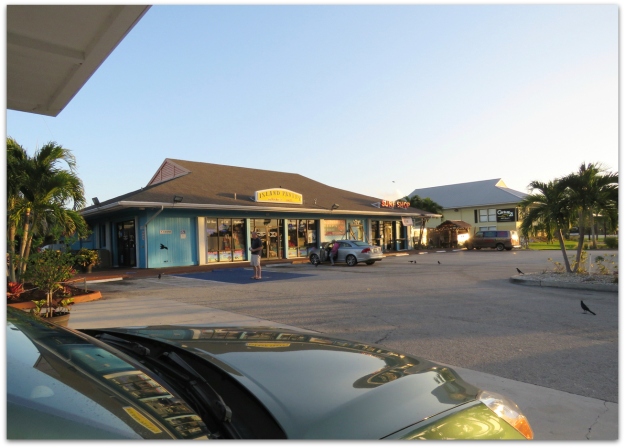 I fueled up and my husband got us some coffee. Here he is watching the birds while the birds watch him back.

Common Grackles are blackbirds that look like they’ve been slightly stretched. They’re taller and longer tailed than a typical blackbird, with a longer, more tapered bill and glossy-iridescent bodies. Grackles walk around lawns and fields on their long legs or gather in noisy groups high in trees, typically evergreens.

Grackles are old friends of mine, ever since the day I made that wish that came true. 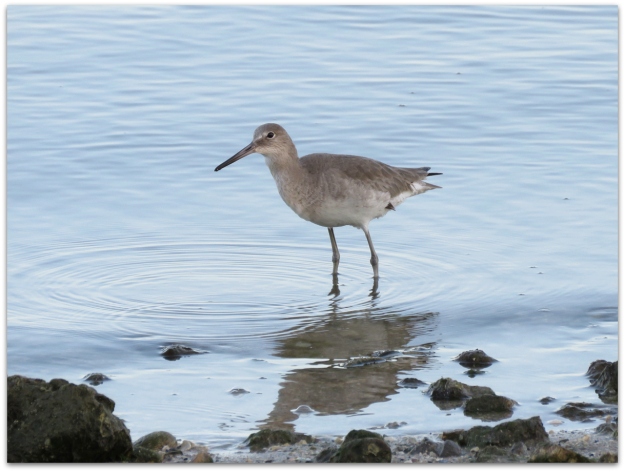 We stopped at East Island under the bridge next, to rinse the sand off the dog with a swim in the Indian River Lagoon. I spotted this solo Willet.

These long-legged, straight-billed shorebirds feed along beaches, mudflats, and rocky shores. Willets are common on most of our coastline—learn to recognize them and they’ll make a useful stepping-stone to identifying other shorebirds.

East Island under the Ernest Lyons Bridge, with John, Radar and a fisherman wearing one of those straw hats I want. 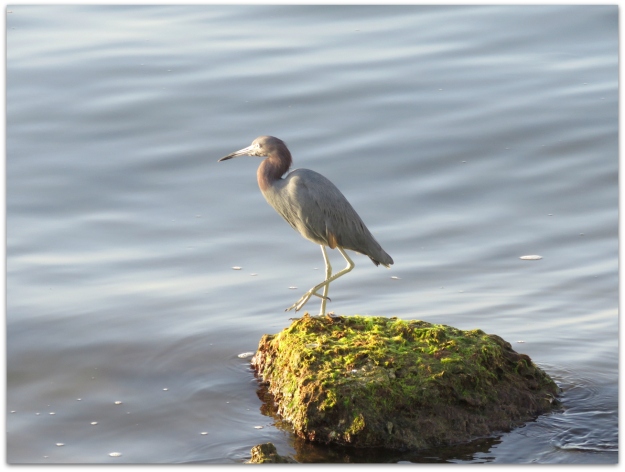 More gray and purple than blue, if you ask me. 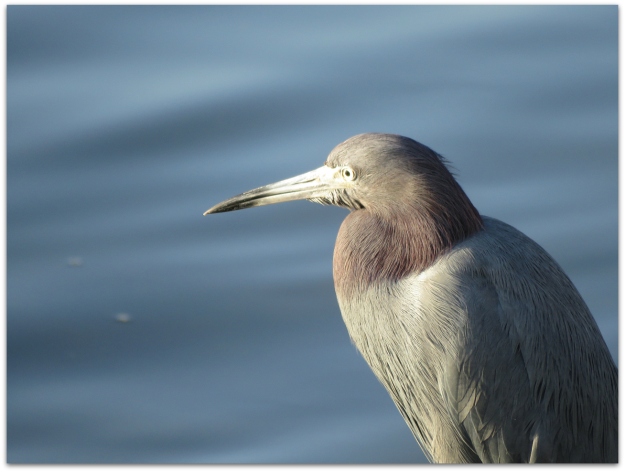 Morning light is so nice.

Happy New Year to all my bird, dog, and human friends!

This is a blog about watching wild birds.
I live in Martin County, on the Treasure Coast of Florida.