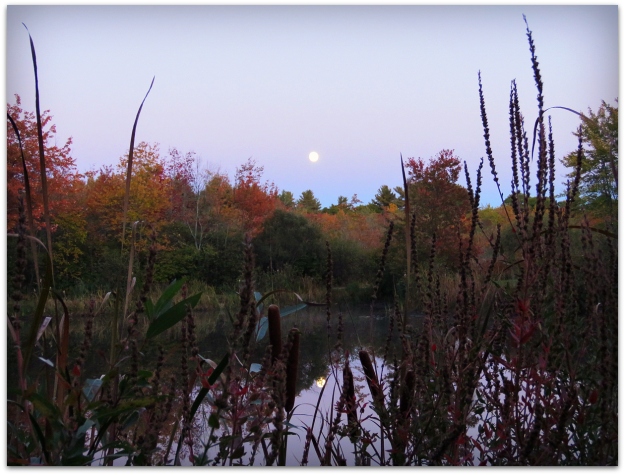 You can’t see any birds in this photo but they are there, finding their secret night time roosting spots. Almost-full Hunter’s Moon was rising over the pond last night as I took the dog for one last walk.

Our contingent buyers got their house under contract and we now have a closing date of November 30. Hard to think of saying good-bye at the most crazy beautiful time of year. I will close my eyes and think of the wretched cold, gray, months-long winter plus mud season instead. And of new adventures.

We are making an offer on a house in Florida’s Treasure Coast. Soon I will be learning some strange new birds… 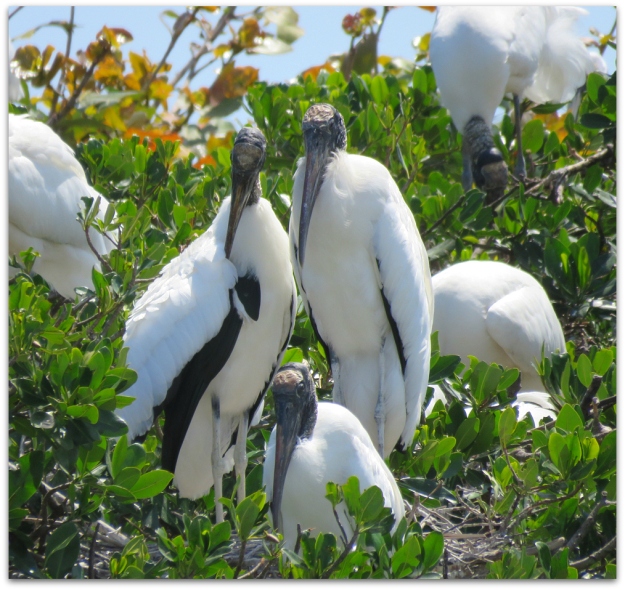 A large, white, bald-headed wading bird of the southeastern swamps, the Wood Stork is the only stork breeding in the United States.

I took these photos on our vacation last April. A spoil island in the Indian River Lagoon in Stuart, FL has been adopted by nesting birds of all sorts. It is a very short boat or kayak ride from the neighborhood we hope to live in. 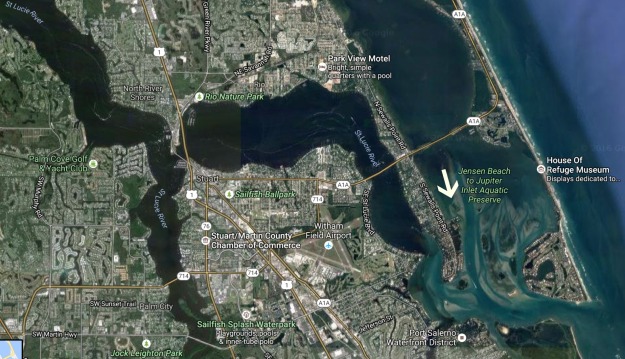 Arrow points to Bird Island. The town/peninsula of Sewall’s Point is our hoped-for new location. 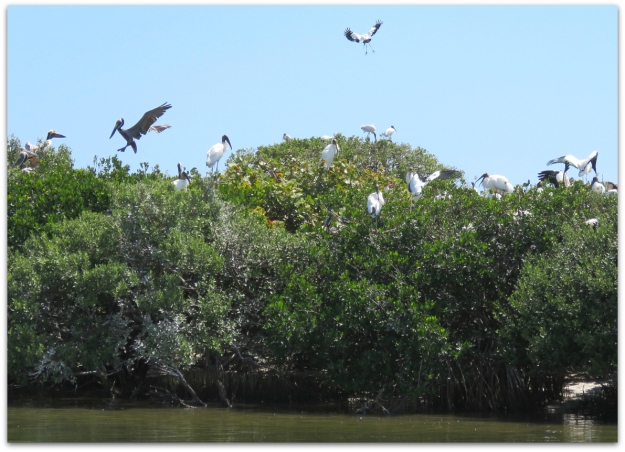 In April, we went on a pontoon boat nature tour and had lunch next to this island, watching storks, brown pelicans, white ibis, spoonbills, snowy egrets, cormorants, night herons, osprey, and even a few magnificent frigatebirds! 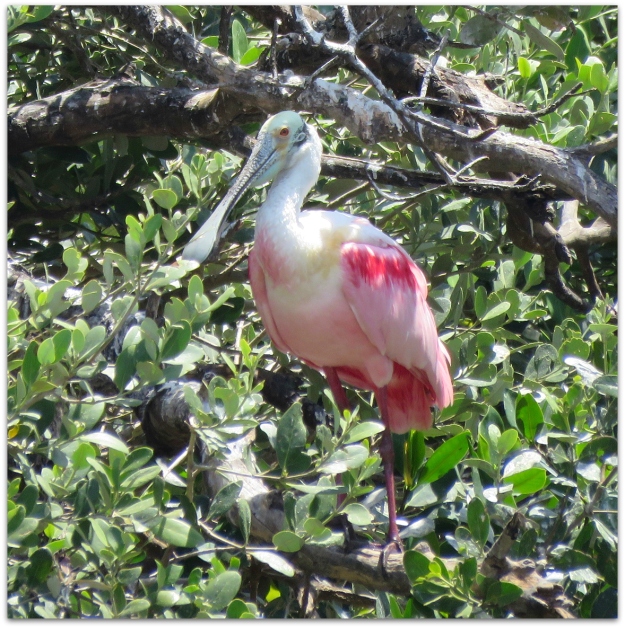 A bizarre wading bird of the southern coasts, the Roseate Spoonbill uses its odd bill to strain small food items out of the water. Its bright pink coloring leads many Florida tourists to think they have seen a flamingo.

Flamingo? We will not make that mistake, oh no. 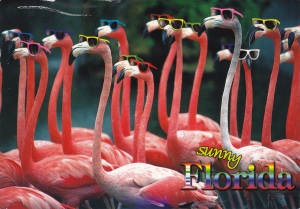 Flowers and foliage on a neighborhood walk. #sewallspoint #martincountyfl is a #subtropicalgarden #floridalandscape
Two dogs, two balls, one beautiful sunrise #dogswim #morningisbest #august2021 #radarandruby #germanshepherds #beachdogs #saltydogs #letthedaybegin #letthemonthbegin #floridasummer (There were other morning people at the beach too, walking, swimming, sitting and watching. At sunrise, a woman stood and blew a tremendous blast on a ram’s horn shofar, amazing!)
Do you remember being 6 years old? #niece #floridavacation