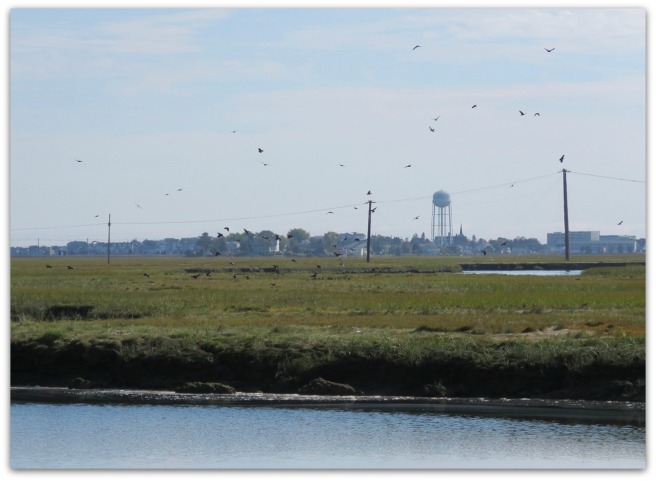 First thing we noticed, bird-wise, on our walk in Hampton marsh yesterday was the enormous flock(s) of crows swirling around and making a ruckus. This photo captures about a quarter of the number we saw (and heard).

Why were they there? It looked like a big crow meet up.

It’s a great place for a dog walk, with the long, straight path of the old rail line cutting right through the marsh. Except Radar doesn’t like to walk across the scary old bridge so he swims and meets us on the other side.

Crows everywhere, keeping an eye on us. Keen students of human activity that they are.

John and Radar on the path, with crows watching.

Greater Yellowlegs keeps an eye on the sky. (Later we saw two Bald Eagles a few miles away, when we stopped for lunch at Applecrest Farm in Hampton Falls.) 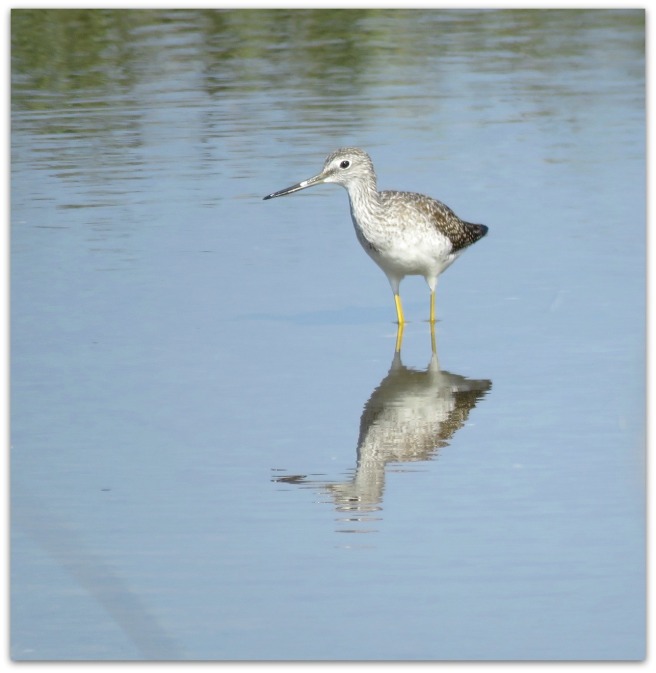 The two yellowlegs species are very similar. Size is marked different when they appear together and can be compared against each other. Greater Yellowlegs‘s bill appears slightly upturned and blunt-tipped, while Lesser Yellowlegs’s bill is straight and sharp-pointed. Lesser’s bill is always dark, while Greater’s bill is grayish at the base in nonbreeding season. Voice is best distinguishing character: Greater gives three or four piercing notes, Lesser two rapid, softer short whistles (sometimes or or three).

This bird was calling, and definitely with three piercing notes. 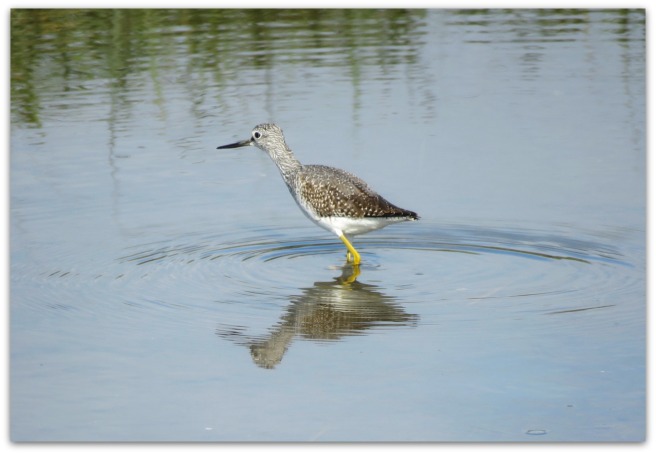 Although the Greater Yellowlegs is common and widespread, its low densities and tendency to breed in inhospitable, mosquito-ridden muskegs make it one of the least-studied shorebirds on the continent.

A very sweet looking bird, if you ask me. 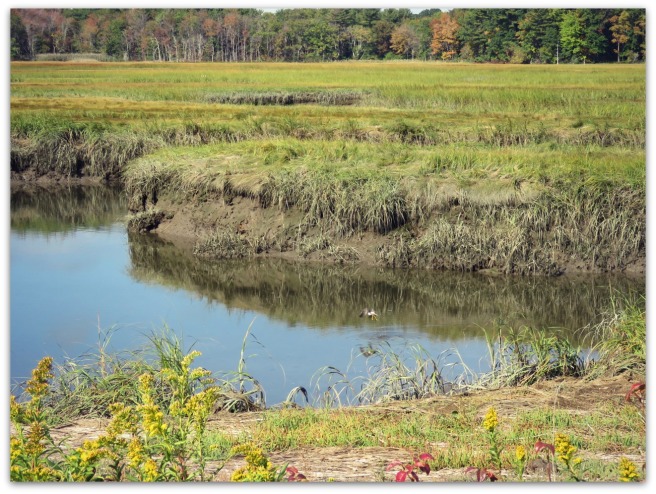 Greater Yellowlegs takes off. Marsh is getting its October colors.

We saw egrets and herons from a distance, but my photos weren’t great. Here are a couple of pics from a few weeks ago in the same marsh… 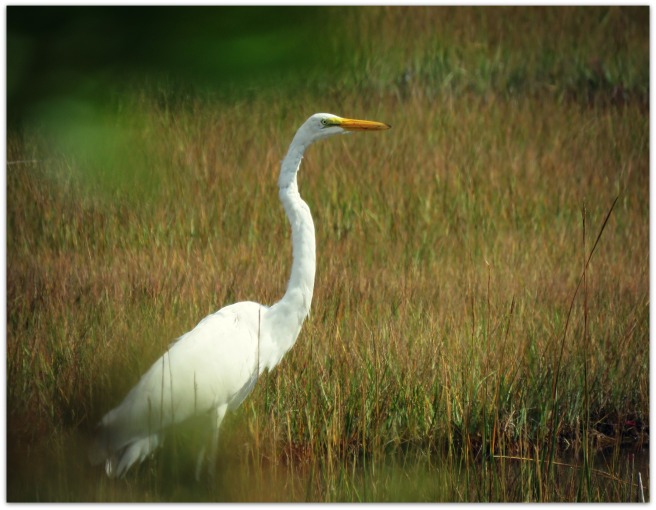 One thought on “Keeping an eye on Hampton marsh”