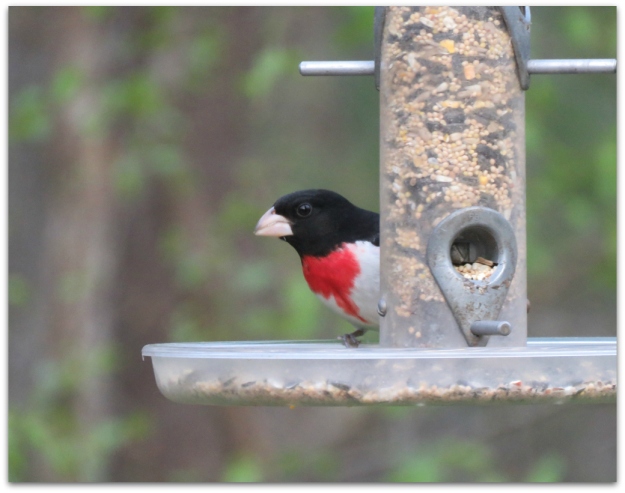 Rose-breasted Grosbeak puts in an appearance, yesterday evening around 7 p.m.

First sighting of the year. 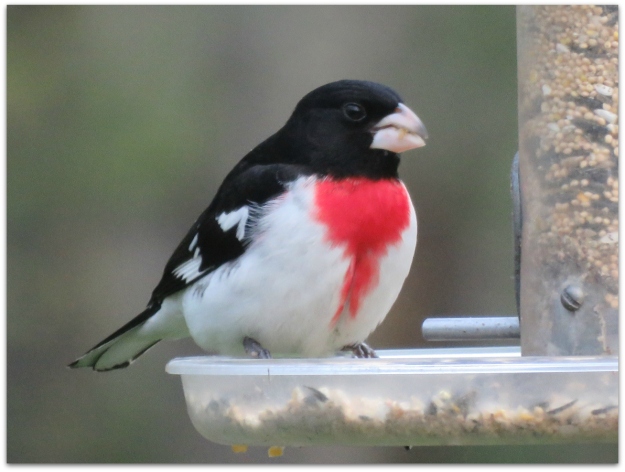 Bursting with black, white, and rose-red, male Rose-breasted Grosbeaks are like an exclamation mark at your bird feeder or in your binoculars. Females and immatures are streaked brown and white with a bold face pattern and enormous bill. 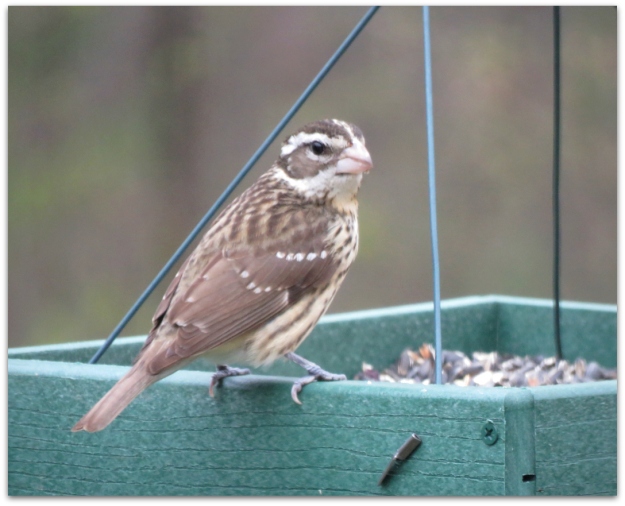 And right on cue, just before I blogged the male this morning the female appeared, around 6:45 a.m. 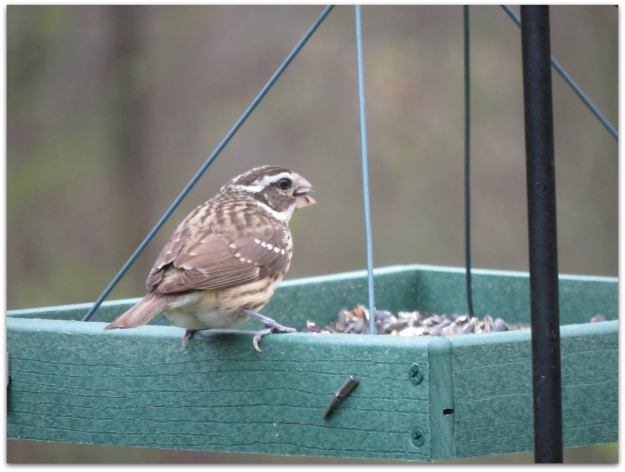 These chunky birds use their stout bills to eat seeds, fruit, and insects. They are also frequent visitors to backyard bird feeders, where they eat sunflower seeds with abandon.

Rose-breasted Grosbeaks breed in eastern forests; you can find them among both deciduous trees and conifers. They are most common in regenerating woodlands and often concentrate along forest edges and in parks. During migration, Rose-breasted Grosbeaks frequent fruiting trees to help fuel their flights to Central and South America.

Welcome to your summer lands, RBGs!

This bird’s sweet, robin-like song has inspired many a bird watcher to pay tribute to it. A couple of early twentieth-century naturalists said it is “so entrancingly beautiful that words cannot describe it,” and “it has been compared with the finest efforts of the robin and… the Scarlet Tanager, but it is far superior to either.” Present-day bird watchers have variously suggested it sings like a robin that has had opera training, is drunk, refined, in a hurry, or unusually happy.