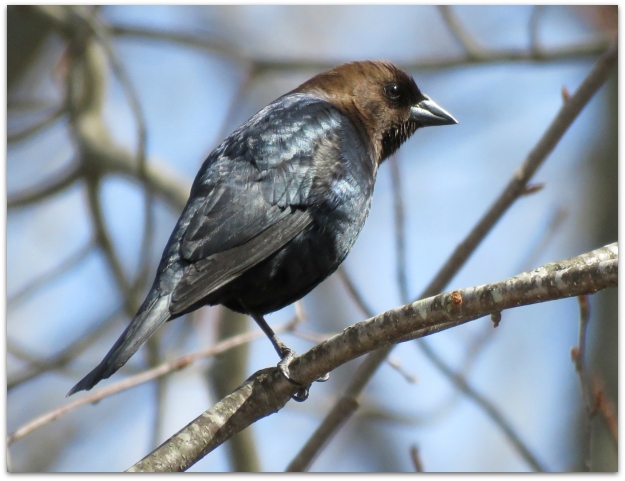 It’s 38 degrees and breezy. A Brown-headed Cowbird perched where the woods meet our backyard, warmed one foot then the other, and sang his spring blackbird songs.

This fellow sang only briefly a couple of times while I was recording. I think he was a little camera shy. 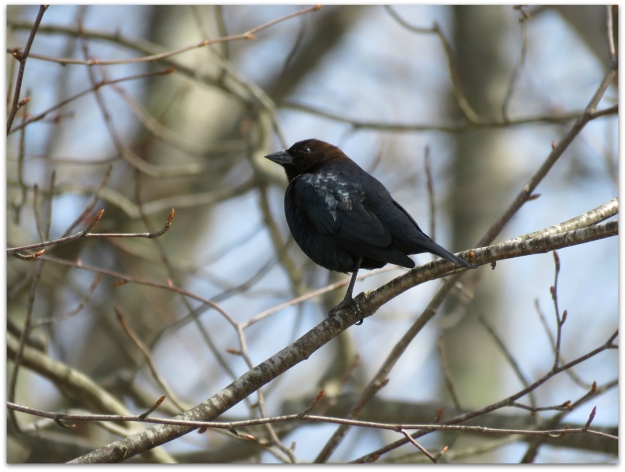 I value my garden more for being full of blackbirds than of cherries, and very frankly give them fruit for their songs. – Joseph Addison, The Spectator, 1712